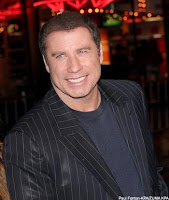 1.
Rumor: John Travolta has a removable head
Reasons why it makes sense: the creepiest hairline in show business has just been a little too creepy the last few years. His ability to grow and shed hair at a moments notice and his blank, glazed expression notwithstanding, what makes more sense: that John chose to star in Battlefield Earth because a) he loved the script or b) because they promised to make him the first recipient of their radical detachable head surgery program? That’s what I thought. Anyone with info about exactly how many heads he has or where he stores them please post your leads here. 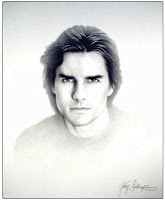 2.
Rumor: Every night when Tom Cruise goes to bed he climbs up a 30 foot platform, jumps, does three back flips and one spread eagle twist, lands perfectly in bed without even moving the covers and is instantly asleep
Reasons why it makes sense: Forget the rumors about Tom being gay, an alien, or performing sonograms at home, or better yet, being a gay alien who performs sonograms at home, this is the real hotbed (pardon the pun) Tom rumor. Of everything on this list, I’m most convinced this is true.

3.
Rumor: Maddox Jolie and Marc Anthony are the same person
Reasons why it makes sense: have you ever seen them in the same room? Have you? Think about this for a second, they’re the exact same size, both have creepy hair and both hang out with gorgeous, possibly alien women they refer to as “mama.” Besides, have you seen Maddox in that El Cantante movie? His resemblance to Marc is uncanny. A little too uncanny if you know what I mean. (P.S. did anyone else see the poster for El Cantante and think it was about a disgraced Mexican poker player who’s trying to get back in the game but can’t bring himself to place his first bet?)

4.
Rumor: Eddie Murphy cloned himself in 1993 and then had the clone star in movies like Daddy Care and Vampire from Brooklyn while the real Eddie lives in Los Bardos smoking pot and riding his whale around.
Reasons why it makes sense: First off, Why 1993? Because that’s when Eddie Murphy recorded that hideous Wazupwitu song with Michael Jackson and subsequently stopped saying the F word. Consider this, the Pre-WE (Pre Wazupwitu Eddie) made the following films: 48 Hours, Delirious, Trading Places, Beverly Hills Cop I and II, Raw, Coming to America and Boomerang. That’s a murderer’s row; crass, funny movies with Eddie doing what Eddie does best, looking cool, being Eddie and screaming “fuck” at people. The Post-WE cashes huge checks and makes movies that can be shown unedited on Nickelodeon. Something just isn’t right about that. (Also, if you think for a second that the real Eddie didn’t feed the clone to his whale and show up himself to last year’s Oscars, you’re damn crazy.)

Email ThisBlogThis!Share to TwitterShare to FacebookShare to Pinterest
Labels: celebrities