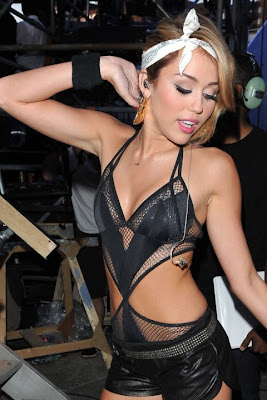 Apple
Operation ‘grow a beard’ lasted exactly 5 days. I couldn’t face Monday morning with my pathetic face. Plus the itching was driving me nuts. My level of respect and admiration for Brian Wilson has just increased…again.


Apple
How many people loved seeing Big Ben get punched in the face by Richard Seymour? Big Ben is a good quarterback on possibly the best team in football, but he definitely deserves to be punched in the face a lot more. (How many chicks just shifted their tits and nodded their head after reading this? How many chicks read this blog? Chicks and their tit shifts are so cool)


Moustache
It was fun seeing Stanford horsecock Cal. I know it’s a huge rivalry, but Stanford is really good this season and Cal really sucks. Any other result would have sent the wrong message to the BCS. Don’t let Cal’s 2 point loss to #1 Oregon a week ago fool you. They’re a terrible football team lead by one of the most overrated coaches in the country. If Tedford returns next season I’m encouraging all those grunchy nerd hippies in Berkeley to do something drastic. Like threaten to save a rainforest a day until he’s gone.


Moustache
Have you heard the new Girl Talk? Why not? It’s insane. The guy is more than just a DJ with a laptop mashing up random songs. He hears music differently. He sees the make up of songs in a totally new way. And he shares his findings with all of us. This album is perfect for working out, perfect for a party, perfect for working, perfect for making dinner, perfect for having sex. The equivalent of a 5 tool athlete. It’s the Raul Mondesi of music. Yeah, a Giants fan just went there. Download now.

Apple
Here's a fun game to play at work, whenever someone writes IMHO (short for: "In My Honest Opinion for the non-office drones out there) in an email, change the definition to be "In My Hairy Opening." This is a gift that keeps on giving. In My Hairy Opening we really need to get the team working together. In My Hairy Opening, the coffee machine just doesn't get hot enough. See?


Moustache
Wait, did the Giants win the World Series?

Email ThisBlogThis!Share to TwitterShare to FacebookShare to Pinterest
Labels: turnt it up 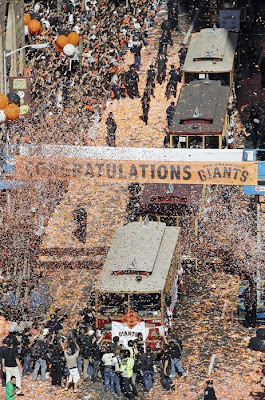 In 2002, when the Giants were up 3-2 in the World Series against Anaheim and 5-0 in the 7th inning of Game 6, I was exactly where I wanted to be. I was at the corner of Broadway and Columbus. I was at a sports bar in the heart of the city surrounded by rabid Giants fans. And I was ready to dance in the streets.

And then it all fell apart.

It hurt real bad. Sports do that to you. You can believe so passionately in something and do everything in your power to will something to be, that when it isn’t, the letdown is beyond describable. My brother and I didn’t talk about that game for years. We just couldn’t bear to reopen the wound. It hurt that bad.

Fast forward to 2010, this past Monday night to be exact. The Giants were up 3-1 in the World Series against Texas and 3-0 in the 7th inning of Game 5. I was exactly where I wanted to be. I was at the corner of King St. and Second St, right across from the ballpark. I was at a sports bar packed so tightly with roughly a thousand of the most rabid Giants fans you’d ever seen/heard. Hell, the chants of ‘Let’s go Giants’ and ‘Uribe’ started hours before the first pitch.

When the Rangers hit a solo shot with 1 out in the 7th to make the score 3-1 I held my breath. I couldn’t help but immediately think of the series against the Angles. The similarities were just too apparent. I immediately thought of my brother and wondered if he too was thinking the same thing. I immediately turned to my wife and told her about the coincidental timing.

“Why are you telling me this?” she shouted. “You’re going to jinx this.”

“I can’t jinx this,” I shouted back, barely audible over the anxious crowd. “We’re going to win this game. I know it. You know it. Hell, everyone here knows it.”

And I was right.

There was something different about this game. About this series. About this team. The pieces started to align months ago when we brought in guys like Aubrey Huff and Javier Lopez. We knew all along that if we could just sneak into the playoffs then we could go a long ways. Our pitching was just that good.

And we did sneak in. And our pitching was that good. And in hindsight, though it was nerve racking and I may need a new liver, we dominated the 2010 playoffs. Nobody seriously challenged the Giants. We absolutely destroyed everyone in our path.

So rewind to a couple of nights ago. We got through that 7th inning and cruised through to a 3-1 final victory. I was exactly where I wanted to be. In the middle of San Francisco. High-fiving strangers, dancing in the streets, and celebrating a feeling that only sports can provide you with.

Damn it feels good to be a Champion.