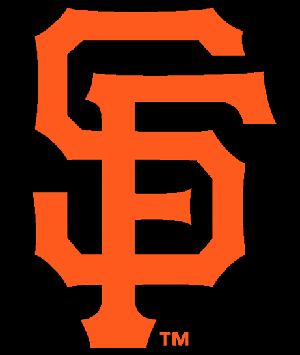 I think I’ve had more to drink in the past 2 weeks than I have in my entire life. A complete exaggeration, but it still feels like it. It’s Giants baseball, and it’s got me good. On a normal week I’ll drink once maybe twice a week. And that’s almost always on the weekend. I rarely have a drink after work. Not for any particular reason, just because that’s how I roll.

I had a grown up moment last weekend. It was a Friday night. The Giants were up 4-1 at home against Atlanta in game 2 of the NLDS and I was standing at an open bar, watching the game, during a rehearsal dinner. If you know me, or you read this blog enough, you know that I like the brown stuff. No, not black chicks. (But I’d totally nail Alicia Silverstone’s friend in Clueless. She shows her tits in some Showtime movie she did a few years bag. Huge nipples. very pointy. Still sexy. Whatever. Where was I?) I like whiskey. Let me try that again. I love whiskey. Jericho and I started a whiskey drinking club a few months back. It basically means we each buy a nice bottle of whiskey and go back and forth sampling the two, making asinine comments like we’re wine tasting (“it has an earthy finish”), until we’re good and smashed. Then we keep drinking some more. And then some more. And we drink it on ice. So there is nothing to slow us down. You can see how this goes. Pretty fucking sweet huh?

But there is a massive difference between a whiskey tasting night with Jericho, and an open bar at a rehersal dinner during Giants playoff baseball. Trust me on this one. At first, everything was great. How could it not be? We were cruising along with a 3 run lead, I was making small talk with the mother of the bride and yucking it up with the groomsmen. All the while, I was slamming whiskey. I was oblivious. I was nervous. I was elated at the thought of the Giants advancing.

And then we lost the lead in the 8th inning.

What started as a fun, celebratory evening, quickly turned ugly. And angry. And messy. And sloppy. And ass-slap happy. I'll spare you the details. But at the wedding the next day I had to apologize to no less than 3 people. Including a bridesmaid. And the brother of the bride. Fuck I can be stupid sometimes.

So I’m off the sauce. I’ve grown to like beer. Sorta. Besides the frequent peeing I’m enjoying my beer only adventures. I definitely get drunk. But I feel a bit more composed while doing so. Whatever that means.

Bottom line, the Giants are running my life right now. I've neglected my fantasy teams. I've stopped working out. I've snapped at my wife for no reason. And I've drank myself into a stupor on an almost nightly basis. I'm not sure how much more of this I can take. God I love the Giants.

*Big Easy’s lock of the week…if gambling was legal, or course: East Carolina over Marshall, giving 12.5. Lock it down bitches.