Ten things I realized over the last 10 days 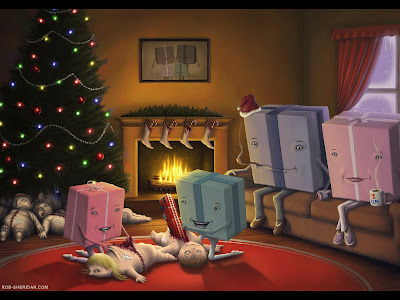 2. Taunting tigers, especially those who have been captive for their entire lies, is a really bad idea.


3. Fine, I’ll admit it, Juno was a great movie. Original, funny and engaging throughout. But I cannot get passed the forced nature of the dialogue in the opening few scenes. When Juno’s friend says ‘Phuket Thailand’ (instead of fuck…get it?) to make her point I got the RTs so bad I thought my skin was going to crawl off and go watch ‘I am Legend’ in the next theatre. Unfortunately I can still taste those 45 seconds of dialogue in the back of my throat…and it tastes nasty.


4. I still got it. My final stats from the Xmas day family football game (the 14th year we’ve done this) weren’t too impressive on paper (6 catches for 86 yards and a Patrick Willis-esque 14 tackles), but my sore hamstrings and shoulders told a different story. Our team lost a close one 21-7. We were denied two times from the 2-yard line and their receivers made some incredible catches in traffic (yes, you Michael). All in all, it gave my squad hope for the future. Xmas 2008…we’re coming back strong.


5. Gavin Newsom proposed to a new chick. Damn it he’s smooth. Oil tankers crashing, lions ripping apart residents and he’s out there charming the ladies. Rock on Gavin. Just watch out when Brady comes to town.


6. The Simpsons movie failed miserably. I laughed a total of 3 times. And that’s only after the booze started kicking in. It made me want to throw in the movie. Now that’s a full-length animated movie done right.


7. Spicy Thai food plus a fifth of Jack Daniels makes for a messy New Year’s morning.


and getting routed in their BCS games wasn’t much of a surprise to anyone. Neither are the endless ‘should be a playoff system’ articles floating around. What was surprising was beating and showing some chutzpah in coming back from 21-0 down to beat Air Force. A Longshore/Riley quarterback controversy will give those hippy fans something to talk about over the off-season. That and what the fuck is wrong with Tedford.


9. Slip on shoes, no belt and a thin jacket will make your experience in the security line at an airport much smoother.


10. My wife just started reading the book Skinny Bitch. Being stuck on a plane for 2+ hours I leaned over her shoulder and started reading it as well. Shit. There are rumors now that our household will go vegetarian for 30 days. You read that correctly. Today is day 1. Hang on to your hats this is gonna get interesting.

2. About the tiger: I agree that taunting a tiger is stupid. But, the zoo is kind of a sanctuary where even those stupid enough to taunt tigers should be able to do so in complete safety. Doesn't mean I like these people, but I want big-ass signs if the zoo ISN'T a place I can safely taunt a wild animal.