Apples and Moustaches for a wet Friday 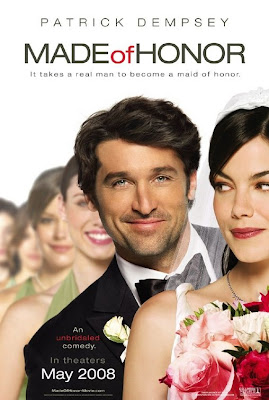 Apple:
That’s it. Enough already. Look, I’ll be honest here. I wasn’t bothered by all the ‘Dr. McDreamy’ talk on Grey’s Anatomy…his character was ok and he’s not a terrible actor. I was only mildly nauseous when he started gracing different magazine covers and talk show couches. Sure, he’s got great hair. I get that. But this?! Are you kidding me with this? This is too much. Patrick Dempsey is so gay even Lance Bass wouldn’t fuck him.


Moustache:
"The good Lord has blessed me with skills that are uncommon, but are just something that I do naturally.” –Patrick Willis

Congrats to Patirck Willis, the NFL’s Defensive Rookie of the Year. (and congrats to for correctly picking both in his pre-season picks.)

Apple:
Speaking of apples, I ate my entire apple today. Including the core. My friend Kevin told me it’s the healthiest part of the apple. Something about more fiber. I’ll eat anything so I tried it. The texture wasn’t as friendly and it was a little scratchier going down. The real test will be on its way out. We’ll see what happens.

Moustache:
Were the first few days back from ‘winter break’ always this tough? I used to come back from the holidays feeling refreshed and energized. But for some reason I’m still dragging ass. I’m going to chalk it up as still in my vacation mindset. Or maybe it’s time for a career change. Either way the weather isn’t helping. My suggestion for you this weekend? A steady dose of Radiohead’s In Rainbows, ‘Intervention’ on A&E (not to be confused with A&M thank you very much) and push-ups…lots of fucking push ups…why? Cause American Gladiators premiers this Sunday on NBC! Holla.

Apple:
We’re on day 3 of the ‘no meat’ diet. I don’t feel any different. Except my cravings for double bacon cheeseburgers have sky rocketed.

Mark Mangino is so fat…. that Dorothy's original line was: "we may not be in anymore, Toto, but I can still see Mark Mangino’s fat ass.
If I had a pint of Guinness, a red sharpie and dysentery right now....I’d be a drunken Irish pirate with red circles around his nipples, or in other words Bono.

Megan Fox is so hot…that I wish I had a second penis so I could jack off to her twice.

And that my friend is why this blog is making so much noise.
Apples and Moustaches; read by tens and tens of readers.
Damn it feels good to be a gangster.

Email ThisBlogThis!Share to TwitterShare to FacebookShare to Pinterest
Labels: A and M, football