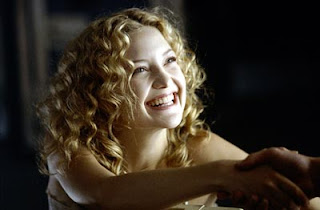 Today we will define a key term. It’s called the RTs and it will soon become a large part of your everyday vernacular. The RTs stand for ‘Retarded Tingles’. Now, while not politically correct, the term is a perfect descriptor of a well known emotional response. The RTs are what happens when something or someone is so uncomfortable or awkward that there is a physical reaction when witnessing the event…a tingle of sorts. Let us try to describe with examples.

Generally speaking, whenever anyone breaks into song outside of a “song singing” context…it’s the RTs. When someone enters into a conversation by making a joke that derails everything…it’s the RTs. Forced high-fives? Yep, the RTs. A lot of role playing, dance moves, over actors, cheeseballs, nicknames, inside jokes, etc…evoke the RTs.

The scene in Almost Famous when Kate Hudson enters the room and launches into a monologue which takes the form of an airline flight attendant. The way everyone in the room stops what they’re doing to listen to her, the glee in their faces as she perfectly recites instructions, the fact that the analogy goes on way too long and eventually someone would’ve yelled ‘shut the fuck up already, you’re killing my buzz’…that is the RTs.

The final scene in A League of Their Own (what? I’m not ashamed to admit it) where the ladies all regroup at the Hall of Fame and casually break into song. “We are the ladies of, the all American league…” I got the RTs just from writing that sentence. Most of ‘Remember the Titans’ is RTs…I guess anytime people break into a song or dance routine and everyone knows the steps/words already, it’s the RTs. Every episode of Saved by the Bell was littered with RTs.

I use movie and TV examples because they’re easy for all of you to relate to. But the RTs occur each and everyday right in your own backyard. Soon, you’ll find the term RTs impossible to part with.
Posted by Magglio at 1:46 PM

Another example of the RTs: this entire post. Are you a genius? Or a fag, fag? I'm not sure, but I don't know if a definition has ever served as an example of something it was trying to define before. This is like writing the definition for pedophilia on a nine yr old's balls.