A Fat and Happy Weekend 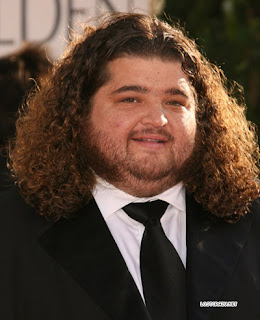 Yes. This weekend is my bachelor party. I’m about as excited as Marge Schott when she used to leave a few extra kibbles n’ bits in her front pocket. I’m about as excited as Rashard Lewis when he realized he’s being paid in a 2007 market and not a 1987 one. I’m about as excited as the fat guy on Lost. (I’ve actually never seen Lost, but I imagine he’s happy with his life. He’s grossly obese and on a hit show as the big fat guy. Lose weight? Can’t do it. It’s his ‘character’. Fat and happy. Reminds me of our family Pug Oliver. Man, that dog was fat. We just kept reasoning, if we have to constantly monitor what we eat/exercise/etc, why would we make the dog do the same. Let him be fat and happy. Oliver died of Kidney failure at the early age of 5.)

1. Moody will be lost for over 4 hours where nobody knows where he is or what he’s been up to. He’ll give ambiguous answers like ‘being tough’ or ‘worry about it’ when asked what he was up to.

2. My little brother will get properly drunk. (he’s a week away from his 21st birthday)

3. Casey will be the most hung over on multiple mornings. (this is an easy one. Bet whatever you have on this one)

4. I will talk tough about ‘man’ing the barbecue but will wind up relinquishing my duties to Warren who, though difficult to admit it, is a far superior BBQ’r than I.

5. Devin will get surly and start talking. He doesn’t talk much, unless he’s drinking, then you can’t shut him up.

6. Josh will be Josh. A prediction that only makes sense to people who actually know Josh. God Bless Josh.

7. I will strike out 10+ batters in our wiffle ball game.

9. And though I will try my best, I will completely blow my ‘I got a tuxedo to squeeze into’ diet.

10. By Monday I will be glad it’s over and not talking to at least 3 of my friends.