5 Random Thoughts on a Friday 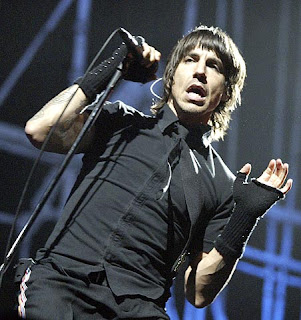 • Anthony Kedis is the luckiest guy alive. Sure, he’s good looking, he has a decent voice and he has incredible style…but when it’s all said and done, Red Hot Chili Peppers will go down as one of the best bands of all time. And isn’t he kinda riding the musical coattails of his bandmates? It could be argued that his “look” is a critical part of RHCP as a whole, but I personally think he’s the weak link in the band. Flea is one of the best bassists of all time and John Frusciante is incredible on lead guitar. But what do I know? These are just random thoughts.

• The people who work at Whole Foods are incredible. They are complete caricatures of themselves. Of course you have to have the requisite tattoos, piercings and hair style to work there…but you also gain an air of self importance upon employment. Like whatever it is that you’re saying or doing, or talking about, is THE coolest shit since the prepared foods section. Now generally they aren’t condescending or impolite, don’t get me wrong. But damn it if they aren’t cooler than cool.

• I’ve never seen Braveheart or Monster’s Inc. I don’t like the Smashing Pumpkins or Counting Crows. Caffeine doesn’t really affect me. I’ve cried at one movie in my life, Philadelphia. I can run a mile in 7 and a half minutes. I think Jay-z’s “Big Pimpin’ and ‘Freaks of the Industry’ are two of the best beats of all time. Reading Rick Reily’s columns infuriate me. I unquestionably support and root for Barry Bonds. My favorite color is Blue.

• Work is like a minimum security prison. You have to report everyday at a certain time every day (bed check). You are confined to an office/cube which contains your personal items (jail cell). You can leave, but if you must always stay in touch via phone or email. (Parole officers). At least there aren’t group showers at work.

• This season of Entourage is terrible. The dialogue couldn’t be more simple and boring. It’s like the hired a few 7th graders and asked them to write. The endless Medellin plot is getting tired. There has been ZERO nudity since season 2 and plot lines are dropped from week to week. What happened to Turtle’s girlfriend? What happened to E’s girlfriend? Remember when Lloyd was funny? Now he just makes stereotypical gay/asian comments and Ari retorts. It’s amazing how quickly a show can go from funny/creative to simple and boring. I’ll still watch it though.
Posted by Magglio at 12:51 PM