Little Joey Gets the Potties 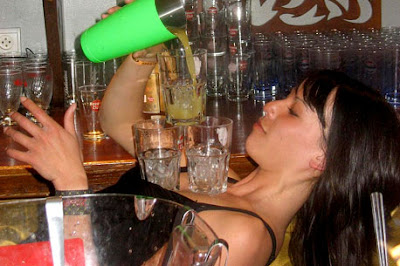 Who’s having what?
by Magglio and Jericho


Dustin Pedroia: A lemondae with a lemon twist in a SpongeBob sippy cup

Tim Lincecum: A Miller High Life, in the bottle

Dante Stallworth: A 40…because it's the easiest to drive with.

Shawn Merriman: Gasoline chased with lighter fluid in one of those party yard sticks you find all over Daytona Beach during Spring Break.

Josh McDaniels: His own piss. They offered him Cristal but he turned it down.

Albert Haynesworth: Whatever you're drinking. Because Albuurth wants it, and he wants it now.

Phil Micklelson: A chocolate milkshake with chocolate sprinkles, chocolate chips, chocolate bunnies and a dash of protein, because you know, he's an athlete and all

Peyton Manning: Gatorade because Peyton Manning is one of those people who succeed early and just keep going. He had plenty of background and motivation for his football career, with his father and two brothers having played football. But a famous name won't help if you haven't got the inner discipline and motivation to succeed yourself. And that's where Peyton Manning stands out. (p.s. that's verbatim from Gatorade's Web site, you may now vomit)

Reggie Bush: Coke Zero. He used to drink Coke, but switched to Coke Zero b/c he felt more comfortable drinking something that never lived up to its hype

Kobe Bryant: A Screaming Viking. Bartenders actually hate making these, but Kobe forces them to.

Curt Shilling: A Bloody Mary made from Christ’s blood and the tears of migrant field workers.

Joey Harrington: Chamomile Tea. But never before bedtime. It gives Joey the potties.

Coach K: One and a half ounces of bourbon with 2 sugar cubes, stirred once with a blue straw, counter clockwise and poured into a 3 oz, symmetrical cocktail glass.

Email ThisBlogThis!Share to TwitterShare to FacebookShare to Pinterest
Labels: drain you

Do it again with actors.

Do it again with Tahoe Santa.

check out this Russian drunk moron, its hilarious (you need sound).