Get the Week Going 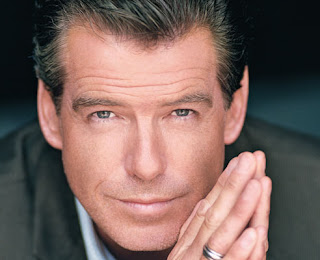 I like the new Noah Wyle spot about polar bears, how by donating ten cents a month to WWF you can help save X number of bears. However, shouldn’t the commercial start with, “Hi, I’m Noah Wyle, much like polar bears, my career is on its way out.”


Rather than abstinent, can we start saying agnostic? The Jonas Brothers really want to believe that sex is awesome, but have doubts so aren’t committing to anything. This will really get awesome if Nick Jonas starts having sex with Miley Cyrus after seeing her vagina appear in his burrito.


You know what phrase I hate? Anti-hero. I know why people use it, to describe a hero that doesn’t fit the normal hero build (e.g., Jack Bauer, Jack Sparrow, Tyler Durden) but doesn’t anti-hero literally mean villain? I mean, if your girl decides just to lick it up and down, you wouldn’t call that an anti-blow job would you? “Get that fucking thing away from me!” That’s an anti-blow job.


The dude from Twilight is getting on my nerves lately. Smugness in Hollywood is akin to respect in the real world, you have to earn it. This fucking lemon drop hasn’t earned that smirk yet. Clooney can smirk. Harrison Ford can smirk. Pierce Brosnan can smirk the fuck out it. Twilight? That’s not smirk-worthy, fella.

you're right. pierce brosnan pulled a hell of a performance out in mama mia. I mean, his solos were off the charts.

In a good way.

By the way, can I get a post on the downfall of Ferris Bueller?

Look at these sideburns! (and the length of this web address)

You know who else doesn't deserve to be smug in the slightest sense? Its the guy who won the ufc fight against the dude without arms and legs, what a pussy!