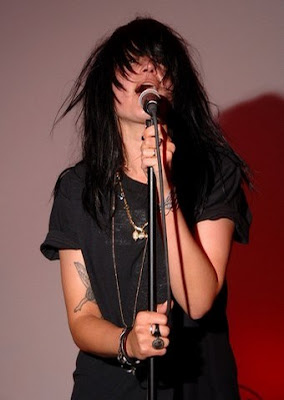 No matter what you think, no matter how long it’s been, no matter how easy you think it’s going to be because you hired movers, and you’re more organized now because you’re an ‘adult’…moving sucks. It fucking sucks. There is nothing cool about moving. Your life is turned upside down, you eat off of paper plates and taking the dog out to pee involves military-type agility tactics.

This is my normal morning routine: wake up in my boxers sporting a raging stiffy, stumble to Patch’s bed, carry him outside, stand there with my fucked up hair and through sleep crusted eyes say ‘go potty’ 50,000 times until he finally concedes, get laughed at by the perverted neighbor chick making breakfast, then stumble back inside. My morning still starts the same way, but now since we’ve started the move, my morning now includes such events as ‘the box hurdle’, the ‘dodge the exacto knife’, the ‘fuck I think there’s tape stuck to my foot again, yep, there’s definitely tape stuck to my foot again’ and of course, my personal favorite, the ‘fuck I packed my deodorant. I guess I can just use hers. Shit. This smells like chick deodorant. Now I’m going to smell like chick deodorant the rest of the day.’

And you know what? I do smell like chick deodorant today. You know why? Because it may be strong enough for me but it’s definitely vaginally balanced for a woman. Where’s my deodorant? It’s buried somewhere, probably 3 boxes deep, shoved between the Flight of the Conchords DVDs and our massive stack of Domino magazines. Oh yes, Domino went out of business months ago. But we still hang on to these. Every single one of them. They’re priceless. Let me tell you, you haven’t seen a duvet cover on a bed with princess posts till you’ve seen how Domino does it. Devine. Spectacular. These magazines are DEFINITELY keepers.

Where was I? Oh yes. We’re moving. I can’t wait for it to be over with. The best part about moving is it will soon be over and we’ll be in our new place consummating every nook and cranny possible. And this tangled box mess will all be a distant nightmare.

Email ThisBlogThis!Share to TwitterShare to FacebookShare to Pinterest
Labels: happy 420

As long as the tape stuck to your foot is Sello tape, you're in the clear. But then the brown paper and white paper may have been unstuck, in which case you are properly fucked.

did you try to lift boxes like the mover guys? it's fucked up really...

kb recap of moving: it blows.

let me know when you want me to come to ca and help you. all you have to do is pay for the flight. :)

then you can let us German women do all the work while you play with patch and read your chick magazines.