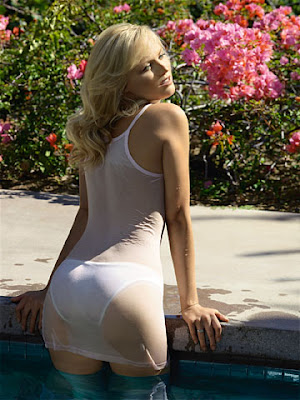 I found a bump on my balls. Not on both balls, just on the left one. Now, before this turns into a scary post let me just tell you everything checked out fine. I have a follow up next week but the technician who checked it out said not to lose sleep over it. So I’m not. I’m resting quite peacefully actually.

The technician also told me I had nice balls, among other outlandish statements that lovely afternoon. Not outlandish in its truthfulness. Let’s be honest. I have nice balls. Outlandish that I was lying on my back, with no pants on, my balls covered in what can only be described as a jelly type substance, with a small Korean man rubbing what appeared to be a checkout scanner over my freshly exposed balls. His other hand working a keyboard connected to a monitor straight outta 1988.

It’s funny what conversations occur in such a compromising position. He asked me if I check myself regularly. Being a healthy, rather attractive man with a larger than average Johnson, sure…I check myself often. Then he complimented my balls. It wasn’t even both balls that got the shout out…it was the right one. That was the first one he checked. The only response I could muster was a “thanks.”

“You probably want to keep it don’t you?” he said, his eyes never leaving the ghetto monitor. I couldn’t tell if he was joking. I don’t think he was joking. How can you tell if an old Korean man proficient in applying jelly to balls is joking. There’s really no precedent here is there?

“Uh, yes.” I said. My hands folded gently across my chest. “I’d like to keep them both actually.”

Then it got weird. If it wasn’t already.

“You could be like Lance Armstrong,” he said. His hand steady as it glided effortlessly from one ball to the next.

My quiet contemplation of ‘what if’ was now replaced with a steady thought of ‘who the fuck?’

“They should make fake balls. You know, so visually it looks right. So when people look down there it looks. It looks…”

“Symmetrical?” I couldn’t believe I helped him finish the thought. We were like Regis and Kelly.

“Yes! Symmetrical. I think some day I might start my own business making fake balls for people who need them. Women get fake breasts why not fake balls? Have you ever seen Real Sex?”

“You don’t say,” I replied. Not sure what else you could say at this point.

And with that he trailed off. We returned to an awkward silence and nobody said a word until he assured me everything looked ok. He then told me we were done and he gave me a moist toilette to clean off the boys. I quickly put my pants back on.

I thanked him. What’s the etiquette here? I needed an out-line. I figured a ‘thanks’ would do. And he reached out his hand like we were two guys talking sports in line at the snack bar. I shook it and said “Well, let me know how that whole fake ball thing works out. Could be a BIG idea.”

He burst into laughter, nodding ferociously and saying he would. And with that I exited the room. To continuing cascades of laughter.

Seriously. I couldn't make this stuff up. Only in San Francisco.

I have to tell you...they do make fake balls. I know, because I have a nice set of them.

And, if you weren't already concerned as to the credentials of your hack "doctor," his lack of knowledge on the topic should raise flags.