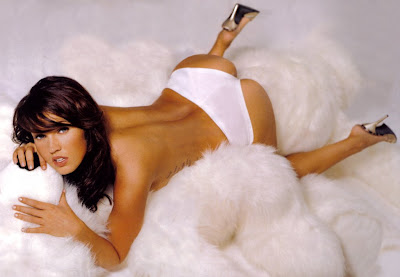 Apple
I’m wearing white boots today. Alligator skinned white boots with a rock star cross on the side. These are some serious fuck me boots. I can barely keep the bitches off of me. Seriously. Please understand that I live in San Francisco. In any other city in the world these boots would mean I’m not coming home tonight and tomorrow I’m gonna be walking with a noticeable hitch in my giddy up. But in San Francisco, it means I’m a mother fucking hustler. As a co-worker told me, Mickey Rourke called, he wants his boots back. Whatever.


Moustache
Can we take a minute and talk about the Washington Huskies? First place in the Pac-10 with a game and a half lead. The Dawgs haven’t won the Pac-10 title outright since 1953. (Pause to fully comprehend that sentence.) With 2 games left to play, Husky fever is at an all time high. It’s like when Britney just shaved her head and everyone was so anxious to see what would happen next. We’re about to take an umbrella to some paparazzi cars. Hey ASU…whose house? Dawgs house....Boom. Roasted.

Apple
Manny to the Giants? I heard a good reason last night on sports talk radio beyond the obvious. It would benefit the Giants to have Manny on their team as much for his bat as it would to not have him on the Dodgers. To carry on the analogy from last time, Manny is the hottest chick in school that doesn’t even notice you exist. She’s always had a super serious boyfriend and when she walks by she has the kind of rack that makes men make an uncontrollable audible sound. Regardless of if your wife or girlfriend is around you can’t help it. She smells like Italy. And if her hoo-ha could roll cigars then you could sell each for a million dollars. Yes, that is Manny Ramirez. Come on Manny. Let’s roll a fatty.


Moustache
Every year around this time I like to run through the same tests as the rookies do at the NFL Combine just to see where I stand. My 40-yard dash clocked in at 6.13, I lifted 225lbs approx 6 times (with help) and my vertical was 22.5”. Not bad. I seem to be aging well like Steve Martin. Enough about me, check this out. This turns me on. My only question...where is Joey Galloway? Didn’t he turn in a sub-4.2 40 time?

Moustache
Over/Under parlay of the weekend: Combined number of drinks I have + total number of offers the Dodgers make to Manny + number of times I say “I can’t wait for Monday to get here it’s the Bachelor finale!” + number of times I scour the internet to try and find the Dolce & Gabanna suit Tom Brady wore for his wedding + number of total Tahoe Santa comments on this post…64.

The sports book is now open. Please place your bets.

Email ThisBlogThis!Share to TwitterShare to FacebookShare to Pinterest
Labels: whats worse giving albert haynesworth 100 million or making out with rosie odonnells vagina....kinda a toss up

The A&M trifecta is presented well in this post: sports, lady parts, and queerness. I mean obviously, The Bachelor reference + lusting after Tom Brady's suit + quite possibly your boots = queerness. The rest is self-explanatory. Well done.

After reading your Joey Galloway comment on our blog, we peeled away several layers of crusty internet to reveal this mysterious glowing orb. We threw a tight effing spiral directly at the orb, which made it explode into a million pieces. Amongst the smoking rubble, we discovered a rolled up papyrus scroll. When we unraveled this scroll, we discovered a secret list of the fastest 40 times ever recorded by dudes in the NFL. It's on the front page of NFLDraftDayCountdown.com right now. We owe you guys a shout-out in early March for the link earlier this week. Peace out and have a kick-ass weekend! the Guru

I just got a text message from Denny. He's at a bar and there is a man singing Creed on the kareoke. That man's name rhymes with Pal Dummings.

I would give boddy parts to be in that bar right now.