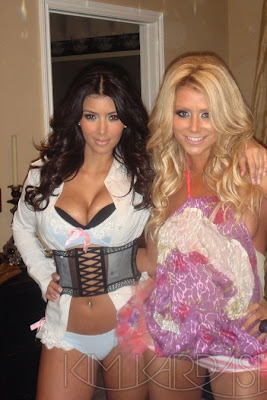 Maybe it was the last post by FWG. Maybe it’s because I just heard a friend talking about her useless major in school. Or maybe it was the fact my wife dressed up like Harry the Husky and did a little strip tease for me last night. But I’ve been thinking about school lately. And the ridiculousness we used to get ourselves into. Was there a more concentrated 4 years of fuck-around douchery than during college?

Not that I can think of.

We went to school with a kid named O-town. That wasn’t his government name; we just called him that because he was as weak as the band with the same name. Don’t act like you don’t remember O-Town. They were right around the time of the Backstreet Boys and *NSYNC (check the correct spelling on *NSYNC, yep nailed it. I always thought they did that because the asterisk looked like a puckered butthole.) But the thing about the band O-Town is that they were just weaker than the rest of the weak bands. In fact, they were the weakest. In all fairness, our friend O-Town wasn’t the “weakest” guy around but he was definitely in the upper echelon of weak. Like being Pete Wentz at a Killer’s concert and claiming you weren’t the gayest dude wearing eyeliner that night.

Let me set the scene. It was a Saturday. Five sweet dudes. All hung over. Sprawled out in the living room watching re-runs of Punk’d on MTV and trading turns with six-foot-Frank. And then, like we were mouthing off to Chris Brown, it hit us right across the face. We should punk O-Town. Yes, we could videotape the event. We could do something to truly knock him off his block. Something that rocked him right to the core.

We walked the short distance to the library, following the next nerdiest in the group because lets face it none of us knew where the library was. We strapped empty half-rack boxes on our heads and peeked out of the handle holes. (You haven’t lived until you’ve had an empty box of Natural Ice on your head, in daylight, trying to find your way through tiny peepholes meant for your hands.) We had the boom box and the shaving cream ready. One guy was even wearing a Speedo. The idea seemed so much better in our heads. We’d run into the library, surprise the nerds by blasting ‘Me So Horny’ by 2 Live Crew, douse O-Town in shaving cream and become the kings of the universe. We had even sent one dude ahead of us to perch himself in the balcony of the library so he could film our mastery.

What ensued was nothing short of a disaster. Two of us forgot to put the beer boxes on our heads. Those of us that did scared a group of elderly librarians half to death as we entered the room. This in turn made them scream which alerted the nerds of our arrival. The guy with the video camera decided he’d rather zoom in on the cleavage of an unknowing coed below. So the only tape that exists of the event is of some tubby chick’s sloppy hoots. And what of O-Town? Well, we should’ve guessed. He knew the whole time. In hindsight, we were a bunch of stoned idiots of course he could see this coming from a mile away. The boom box got taken away and the shaving cream never even made it out of our backpacks.

What did I learn from all this? Ashton Kutcher probably never tried to pull off a stunt after going ounce for ounce with six-foot-Frank.

Email ThisBlogThis!Share to TwitterShare to FacebookShare to Pinterest
Labels: white stripes perform on conan on 2/20

This is your father speaking. Sounds like 4 years of room, board and tuition I paid was well worth it.

Don't worry kids. The 'Anonymous' commenter was obviously joking. Grown ups do not read our silly blog. Carry on.

Well played, gentlemen. Takes me back to the time the Phi Taos next door convinced me to take a hit off "Miss America," and I ended up burrying my clothes behind the apartment so the drug dogs I was sure were coming couldn't find them. College, *sigh*.

Thanks so much for the comments and link! I'm creepy stalker obsessed with your blog, so it's super exciting to hear you're keeping up with mine.

Who the hell are you? It's the biggest mystery of the week between Jericho and myself. We have a big time crush on your blog. Email us at applesandmoustaches@gmail.com. Let's blog flirt in private.