Some A&M's just for kicks 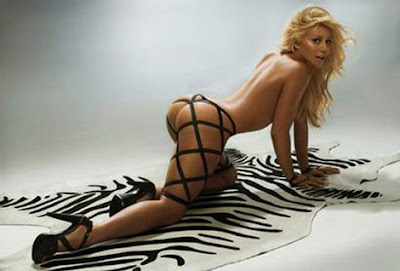 
Apple
The two of us are going to play pool tonight at a local drinking establishment. Here’s a quick run down of how the night will go. Jericho will suggest a wager of $1,000 a game. Magglio will look him dead in the eye and up the stakes to $2,500. They will seal the deal with a sturdy and completely heterosexual handshake. Magglio will come out strong, sinking his first 3-4 shots. Jericho will sink a ball here and there. Then the whisky will start to talk back and while Maggilo will go on a major cold streak, Jericho will catch fire. On the final shot Jericho will sink the 8-ball on an improbable, behind the back, bank shot. However, Magglio will be too distracted by a heaping plate of Nachos to even notice. Jericho will announce his victory to which Magglio will reply, “dude, the Nachos are here.” Then they’ll rack ‘em and play another game.

Moustache
Doesn't it feel like all the A-Rod hating lately has more to do with A Rod himself than steroids? Everyone hates A-Rod and has since the Texas contract and has been waiting for the chance to vilify him. This is totally analogous to the Michael Jackson ordeal a few years ago. As much as he weirded us out, and as much as we hate pedophilia, what we were really mad about was the fact that he got to tickle Maculauy Culkin’s little starfish. In other words (cue Phil Donahue music), are we sure the problem isn’t us?

Moustache
Thank you Uncle Icee for sending me a poke on Facebook. Unfortunately I have that weird switch in my brain where I cannot just let this go so I will continue to poke you back for eternity or until you give up. Whichever comes first. That brings my list of total poke recipients on Facebook to two. The other has been going on between me and a girl friend of mine for probably over a year now. Seriously. We don’t even talk, email or IM. We just poke each other. Back and forth. Non-stop. And yes my wife knows that I’ve been poking this chick. Sometimes I even let her watch. (Ah, Facebook humor.)

Apple
Today is Nip Slip Wednesday. So, in honor of the upcoming Oscars we bring you a throwback. Ladies and gentlemen Anne Hathaway. (Thanks KK)

1) Salma Hayek auctions off three minutes of breastfeeding to the highest bidder on eBay. You know there’s some weirdo millionaire with a crush on her that would pony up $10 million for this. Proceeds go to the charity of Salma’s choice.

2) Chris Brown and Mike Vick fight to the death – the winner gets completely exonerated from all charges and can return to normal life (minus their criminal ways of course) and the event is shown on pay-per-view with all proceeds being split by domestic violence prevention groups and animal rescue shelters. Here’s the awesome catch that really raises the awesomeness on this one. Unbeknownst to Brown and Vick, we’ve got Eve Ensler and Caesar Milan up in the rafters with sniper rifles and whoever wins the fight will get immediately shot in the head. Awesome, huh?

Where do you submit your bid on the Salma Hayek charity raffle? Is Anne Hathaway the second prize? I'm in.