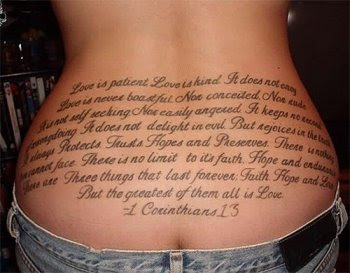 Apple
I wrote a new post. I had it up for all of 3 minutes. Read it again. Ran it by KK. He hated it. I hated it. So we pulled it down. See, that’s the dedication we have for you. We are so determined to not post garbage like you’d find on other sites that I will second guess myself into a frenzy. You should see me right now. My hair is a mess, I’m sweating like I’m being interviewed by Sam Ryan. You have my promise; we will not post garbage on our site. We’re too small at this point to name names, but there are plenty of shit sites out there right now for you to waste your time reading. We’re poised to take them on. It’s go time.


Moustache
So I’m sitting on my couch last night, watching the Bachelor Tell-All episode, and thinking to myself “man, I might be the gayest dude in all of America right now.” And then the camera panned to the crowd, showed some dude applauding with fervor and a twinkle in his eye, and I felt much better about myself.


Apple
Check out this new site, dedicated to all things NFL Draft Related. Did you know Brandon Pettigrew ran an abysmal 4.87 40 and top O-Lineman Andre Smith hopped on a flight and flew home without telling anyone? Neither did I. Now you do. Check them out and let me know what you think.


Moustache
We saw The Reader on Friday night and I am happy that Kate Winslet won the Oscar. But she should have thanked her tits in her speech. They did a helluva job. The thing nobody is talking about is how great the kid in the movie was. I mean, if that kid turns in a half assed performance then the movie falls flat. Why didn’t he get any Oscar mention? He carries the entire movie. I don’t think Ralph Fiennes’ character in the end pays off unless the kid truly nails what it’s like to be in love for the first time. Which he did masterfully. Oh yeah, Kate Winslet has big and tasty brown nipples.


Apple (Photo above and this Apple courtesy of FWG)
Just when you thought that tramp stamps were going out of style, Bam! you are hit with this. A biblical tramp stamp. Love is blind? Love is patient? Love shot all over this tattoo? You just know some dude was reading this, hitting it from behind, engaged in premarital intercourse. Sinner.


Moustache
There’s a reason San Francisco is the greatest city in the world and no it’s not because our starting 5 will challenge for tops in the majors this season. Check this out. Do I think this will pass? No chance. But at least the issue is being escalated even further through government channels. Now pardon me, it’s almost lunch time.