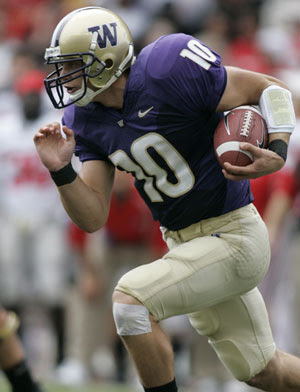 Ah Monday. Nobody ever likes Mondays. When I was 7 I had a poster in my room of a basset hound with a thought bubble reading “I hate Mondays.” Now that I look back that seems a bit counter productive to a 7-year-old’s psyche. I mean, I was conditioned at a young age to live for the weekends and despise the hamster wheel that is the work week. So, to try and lighten the 5 day doom that lies ahead of us, here is a list of things to look forward to this week:

Heidi Montag is on the Regis and Kathy Lee show
…or whatever they call it these days. Let me clarify my fascination/obsession with Heidi Montag. She sucks. I don’t want to hear her talk anymore unless it’s within the 30 magical minutes on MTV that are The Hills. I don’t want to see her face on the cover of any magazines unless they also show her ample knuck knucks. I like The Hills. I will admit that much. I like it because it disgusts me and fascinates me all at the same time. Like most shows on MTV. I like looking at Heidi in a bikini because she’s fake and hot. But it ends there. You couldn’t pay me to watch another second of Heidi singing or Heidi and Spencer talking about their feelings for each other. Thank you. I feel much better getting that off my chest.

WCC Championship: Gonzaga vs. (ESPN, 9 p.m.)
has a chance to sneak in to the tourney and Gonzaga has a chance to get their skinny, knobby kneed, all-white team in the tourney who will inevitable lose before reaching the Sweet 16. I can’t wait!

Raven Symone (yes, that Raven Symone!) is on the Ellen show.
Holy shit. Set your Tivo’s now. She’s gonna do something so craaaazy. I’m sure of it. Hollaback girl.

Biggest Loser:
Another fat person is going home. Ah freedom. Free to roam the buffet tables at their leisure and escape the torturous 3 hour work outs that for some reason always end in tears and man hugging. On a side note this is the closest you can get on NBC to seeing real tits. Sure, the tits are on a guy named Jay, but they’re full blown tits. He’s at least a C cup.

Horizon League Championship: vs. (ESPN, 9 p.m.)
Resident ass clown KK tells us that “one of these teams are going to make some noise in the dance.” I believe him. He won our NCAA pool last year. And he says he used to be able to dunk when he was in high school. That’s enough of a tip for me. I’m picking to be this year’s .

vs. – Round 1 of the Pac-10 tourney. Why did we highlight this game specifically? Because not only does OSU have the opportunity to go through the entire Pac-10 without a victory (0-18!) but the Washington State Cougars is lined up to do what they do best, ‘Coug it’. For those of you not familiar with ‘Couging it’ it’s what happens when you have the perfect opportunity and you just fuck it up because that’s who you are. Like George W, or Chris Webber. Ouch.

Road Rules/Real World, Gauntlet 3
The madness continues! Actually, no it doesn’t. This season blows. The veterans are far and away better, stronger and faster than the rookies. Now Casey has gone home, which sucks, because she was the hottest on the show. So now we’re left to wait for the camera to catch glimpses of sweaty Robin or fantasize about the lesbian Evelyn. Who is totally sexy, don’t get me wrong. In the same lesbian way the trainer on Biggest Loser is hot. Like, I know she could hurt me, but a good hurt. Like the feeling in my stomach after eating an Awesome Blossom at Chili’s.

Spring week for college football
Practice kicks off this week for schools across the country. For , it means finding who’s going to step up and support Jake Locker, the best college football player in the nation. For , it’s a chance for everyone to second guess everything Coach Tedford says because he is clearly steering this shit show straight into the ground. Enjoy life in the Pac-10 cellar Cal. You should remember it well. Think back to the late 80s and all of the 90s.

Radiohead and NIN expected to head up Lollapalooza
What does this have to do with Thursday? Nothing. But I just found this and thought it looks pretty cool. Any chance they’re gonna play at the Greek Theatre again?

It’s National Sploshing Day.
Go on and celebrate with your favorite sex partner and your favorite food. Some fun combinations to consider: the chick in accounting and a custard pie. The sexy veterinarian with 80s hair and a Mighty Man TV dinner. Or, if you’re really daring, your overweight bus driver and a bag of airplane peanuts.

Tuff. Jake Locker in the same post as man tits and the term "knuck knucks."

speaking of NIN, the new album by Trent Reznor is available online.

What a great night for the WCC. San Diego looked good and the WCC has a chance to get 3 teams in the dance.

Its a little late now, but you forgot to mention The Bachelor: Where Are They Now? Now that's something to break up the Monday blues!!!