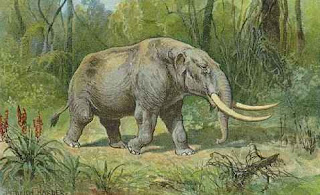 Do you ever noitice that guys with big dicks can’t never spel or write good?

Two terms that I think we should try and bring back to the vernacular: finger banging and eating out. How awesome/unnecessarily gross are those terms? I mean, when you think back to being 15 and describing your latest conquest to your buddies, we were really, really 15 weren’t we?

The question, “which famous person do people mistake you for?” is a good one, but it’s only half the story. The better question is “how much fun is it to be mistaken for a famous person and then offer to blow the guy?” Simultaneously you get a) to slander a celebrity’s reputation and b) fresh sausage in your mouth. Talk about a win win!

I give this social media thing 5 more years and then we all collectively realize, “wait a minute, I hate these people!”

This just in from the department of the inconceivably offensive: fuck Earth Day, fuck the kids from Slumdog Millionaire and fuck Michael J. Fox.

I appreciate Perez Hilton’s question about gay marriage at the Miss USA Contest, but I do think he should’ve had a dick in his mouth while asking, would’ve been so much more impactful, harder to understand maybe, but more impactful.

Oracle bought Sun! And in other news, the San Diego Zoo just got a Mastodon.

Profit at Yahoo! was down 78% this quarter, but the brass is still adamant that not selling to MSFT was the right idea. Riiiiiight. Other than all that mess in the middle, how’d you enjoy the play, Mrs. Lincoln?

If I could be any animal-human being hybrid, my final 3 choices would be (in no particular order):

That perez hilton piece is just so true, hilariously true.

WTF is a Mastadon?

I missed you guys...

Coincendently, this week's paper copy of the onion has a headline reading, "Three Fingered on Class Trip to Washington, D.C."

Also, what does it take before Yahoo! is forced to drop the exclamation mark out of some sense of truth in advertising or intellectual honesty?

I mean, instead of the ! maybe they could follow it with their yawn emoticon (http://l.yimg.com/us.yimg.com/i/mesg/emoticons7/37.gif).

When you guys come on the podcast next week during the San Francisco 49'ers segment, you have to read the Perez Hilton / Miss California line on the air. fucking genius.