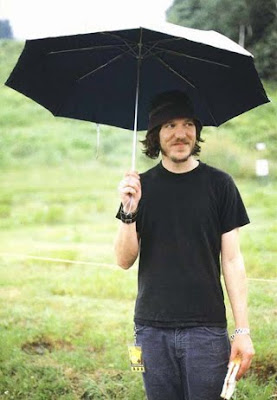 Judy had a death in the family. A&M’s thoughts go out to her. If you don’t remember, Judy is the other hardcore Giants fan in my office, discussed here. She’s been out this entire week. I got an email from her this morning. Here is what her email said:

“I need a distraction from all this ghoulish death stuff- what is happening with my orange and black pumpkins???? Is timmy really hurt? We just gotta win tonight!!!!!!”


Here was my response:


I’m so sorry to hear about the death in your family. That sucks almost as much as the Rockies winning every single fucking day. Let me do my best to shine a little light on the state of Giants baseball for you.


• Being 4.5 games back, with the next 6 games at home vs. LA and COL, this is truly a do or die stretch. We need to take at least 5 of 6. 4 of 6 still keeps us in contention but with how hot the Rockies are I think we honestly have to take 5 of 6 to survive.


• We’ve said it all year. We have to get hot at the right time in order to make this thing work. Well, 11 days into September and it’s now or never. If, and that’s a big if, we can catch fire now we can do this thing. I’m confident of that. We truly have the best staff in baseball. A couple key hits here and there and we're right back in it. Secretly I think Freddy Sanchez is the key for us this weekend. We'll need his line drives at big moments in the game. And he'll deliver...


• There is absolutely no word out of the Giants on Timmy’s back. Seriously nothing. He was in the dugout for Bumgarner’s start and looked fine. So who knows what’s going on. Conspiracy theories are abound that we are saving him for LA or whatever, but I just don’t buy it. He must’ve been hung over again like the all-star game 2 years ago.


• The biggest shit show is what our team is doing with Buster Posey. He has sat on his ass for almost 2 weeks now with no action. Nothing. He has come out to catch the bullpen a couple times, but that’s it. Even in the game against the Padres, up 7 runs in the 8th inning, and Bengie dinged his hand…nope. We put Eli Whiteside in. I don’t get it Judy. I really don’t. John Bowker has already had 4 pinch hit at-bats since his call up. I’m not sure what we’re doing. The kid is getting stale. Send him down and let him swing that bat. It seems silly to use him purely to incentivize Bengie Molina (another popular conspiracy theory), I mean, this is the future we’re talking about. Unfortunately my frustrations have now turned to Kruk and Kuip because they don’t talk about it at all. Which makes me believe they’ve been told not to, which makes me believe that they are puppets in our system, which just pisses me off even more. Can you feel my frustration? Let the kid play. The problem is that we’ll need him at a critical point and his first at bat will be in the bottom of the 9th in a key situation. Is that how we want to break him in?


• Penny vs LA will be a great sub-plot on Sunday. He showed so much bad ass enthusiasm in his last start vs. the Padres. It’ll be great. I've got money on it that he plunks Casey Blake to get back at him for imitating Brian Wilson earlier in the season. Payback is a bitch. Especially when it comes from the arm of a 350lb truck/horse/donut hybrid throwing 95 mph.

• If we happen to make it to the playoffs another big topic is who to start. Obviously Timmy and Cain, but Zito has fallen off again over his past 2 starts. The thought is maybe Penny. But what would that do to Zito's head if we didn’t let him throw? Fuck Zito. You're right.


• My brother is flying down for the weekend. I’ll be wearing my ‘Sexy Nate’ jersey. Just kidding. I wish I had one though. It would totally say ‘sexy nate’ on the back. People would look at me weird but hey….it’s Giants baseball.