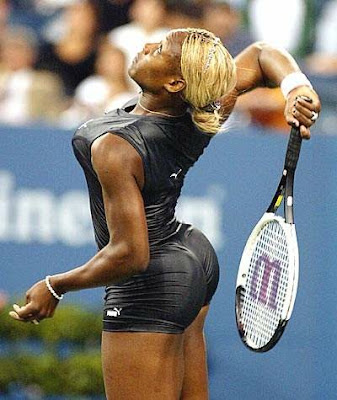 Antonio Banderas
I recently saw “The Other Man” a little indie movie with Liam Neeson, Laura Linney and Antonio – while the movie was utterly terrible on every level, it did confirm two things about Senor Banderas: 1) Antonio will fuck anyone or anything. He’ll fuck your fish if you’re not looking. He’ll fuck everything in your fridge. He’d dispute this post by printing it out and fucking it. And, correspondingly, 2) he is without a doubt the worst possible person that your girl could have an affair with. You walk in on your girl and Antonio and you don’t bounce back. It’s not possible.


Tim Hasselbeck
Here’s one rule I have for NFL analysts on ESPN: you must be taller than Hannah Storm. I was watching SportsCenter this morning and lil’ Timmy was giving a report on the Bills new no-huddle offense, moving the little characters around on that stupid touch screen thing, which would have been interesting except for the fact that he was about 5 inches shorter than Hannah Storm. She swallowed him whole. How can ESPN let this happen? Wasn’t there a producer somewhere who said, “you know, come to think of it, Tim looks like a little pussy up there?”

(Side note on ESPN's move to the touch screen: why is this necessary? Why add an element of difficulty to a live broadcast? Isn’t it awkward enough? This is like filming two virgins fucking and having them both wear giant alligator masks)


Roger Federer
I loved, loved, loved Federer getting caught swearing on national TV. I’m a big Federer fan, but he’s more buttoned up than Joe Jonas’ chastity belt. Seeing him lose it in a big moment was totally refreshing and completely unnerving at the same time. This would be like watching an episode of Happy Days and seeing the Fonz flip out on Richie, “up your nose with a rubber house, you pale cocksucker.”


The little Asian line judge that called the foot fault against Serena Williams
a) No shit you were scared! We were scared for you. I honestly kept waiting for Serena to hold out her thumb like in Gladiator, letting the crowd decide your fate. b) For the record, she never said she was going to “kill you,” she said she was “going to jam this fucking ball down your fucking throat” that’s a subtle but important difference. c) Finally and most importantly, you can’t make that call in that situation, you just can’t. There’s a reason why Jordan didn’t get called for a push-off on that play against Russell in the Utah game: great players earn that leeway in big moments. So yes, we all would have cheered for the thumbs down and celebrated wildly as Serena shoved the aforementioned ball down your aforementioned throat until it came out of your we haven’t mentioned it yet tiny butt.

I co-sign that statement.

Serena's a fine-looking woman, and a fine tennis player, and she has convinced herself that her farts don't stink. Big money and fame have fucked with her mind, and her daddy hasn't told her, "Woman, you are human, still."
>>This year's us open was a time when cool and smart won on both sides, because Fed let himself get worried by the Hawkeye. Good looks, bank account, track record, ranking, none of that matters, and you can lose a match when you forget.