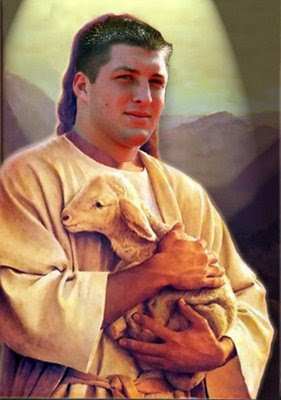 I come from a long line of proud, obnoxious, Florida fans. I am the only one of my generation not to attend Florida for either undergrad or graduate school, and the only reason I was allowed to defect was because I went to an uppity northeastern private school and got that shit paid for. In my family, adolescent rebellion such as drinking and staying out past curfew was met with half-hearted admonishments and empty threats, but make a passing comment about attending UGA or FSU and they were taking your car keys, hiding sharp objects and talking to mental health professionals.

Side note: We all scored above 800 on our SATs and tie our own shoes, so clearly these were nothing more than cries for attention.

Recently, my little cousin turned 13 and my family thought a perfectly appropriate way to celebrate this relative milestone was to arrange a private VIP tour of the University of Florida campus. Admittedly, we are not normal. The point is: I come at college football season emotionally. I'm certain there are a million reasons why Florida represents all that is evil in college athletics, but I'm not interested in any of them. Tim Tebow is a Bible thumping do-gooder, and I have serious trouble taking seriously anyone who earnestly quotes scripture in face paint, but the little freak can play and he plays for Florida, so preach on, Brother Tebow!

You can imagine my reaction, then, when a rabid, drooling, panty dropping Georgia fan and good friend of mine (he's not well) suggested I shell out $60 dollars to go to the Arizona State/Georgia game next weekend. Do you know how much Kettle and tonic $60 will buy? At least an afternoon's worth. Thus, the only way I'm paying $60 to see Georgia is if I have a certified letter from Jesus Christ himself promising that ASU will do this () to that used tampon of a quarterback, Joe Cox.

That got me thinking that it may actually be worth it. I never get tired of watching Georgia lose. Some Saturdays I think I like it better than watching Florida win. If UGA were playing a team whose key players were Hitler, Satin, Spencer and Heidi Pratt, Ann Coulter, and the know it all daughter from the Gilmore Girls, I would draw a little moustache on my face, poke Georgia fans with my pitchfork, and drink a shot of Kentucky Gentleman and virgin's blood (Coulter's favorite) every time they scored. FUCK GEORGIA.

However, if I do end up going, I needed to mentally prepare starting about three weeks ago. The last time I was in Athens was for the Georgia/Georgia Tech game, and I had the esteemed privilege of watching Georgia lose at home to a school with whom they have a rivalry so deeply entrenched that the Wikipedia page dedicated to it is titled Clean, Old Fashioned Hate (http://en.wikipedia.org/wiki/Clean,_Old-Fashioned_Hate#Football). All of this while Florida simultaneously delivered an unceremonious pumping to Florida State.

It was a beautiful day, made more beautiful by the fact that my friends and I started drinking sweet tea vodka and lemonade at 9 am. Now, this is all hearsay, but I was allegedly not my best self and decided to do the Gator chomp while calling the Georgia defensive line "a bunch of elephant walking pussies" (yeah, I don't know either) in the middle of a crowd of angry Georgia fans and, according to several people who would have been forced to finish the fight I was attempting to start, deserved to get punched. Hard. By a dude. But I didn't, and would like to take this opportunity to retract my previous statement. The defensive line aren't a bunch of elephant walking pussies; the entire team is. Quote me.

Email ThisBlogThis!Share to TwitterShare to FacebookShare to Pinterest
Labels: Huskies by 1

Now don't get mad because I think you are absolutely wonderful but I gotta say Florida is good but overrated. They are a victim of the east coast mid-west media bias who year after year tout the same schools over and over and finish their articles and go get drunk before the teams in the west play. For example, I am not a Washington fan, honest, but put Jake Locker in the Florida offense with the Florida personal and he is every bit the player Tebow is without the pandering religious p.r. stuff. How did the Pac-10 do in bowl games last year? How are they doing in interconference play this year? How good are Utah and BYU and Boise State? ...There I feel much better.

This all may as well have been written in Greek. Text me if you decide to do an article on Divas Live.
- poodle

BYU vs FSU? HAHAHAHA! What about them? Does that make you feel better?

Now, if you want to talk to me about USC I'll listen, but really? Florida is just over rated? Our two national championships in the past three years seem to scream otherwise.

Caity, I am very pleased with your sports writing skills, as well as your clever anecdotes that you add in. Please, more talk of college football and less NFL! After all, FL has three laughable NFL teams, and to be honest we just aren't used to losing down here!

UF will donkey fuck anyone thrown at them this season. They welcome a playoff championship, as it will force whiny, west coast/jealous SEC, puss bags to shut the fuck up. Finally. Seriously? Boise State? USC just got bent over, spanked, and asked who their daddy was by WashU. Now, WashU is the shit, but GO FUCK YOURSELF if you think they can hold Tebow's jock. TRUTH.

I am impressed that FU will "donkey fuck anyone thrown at them this season". They and their donkey has already fucked formidable football powers Charleston Southern and Troy and I'll bet you are right that they'll really donkey fuck pernial powerhouse Florida International. They did beat but certainly didn't donkey fuck (unless its a donkey with a tiny dick) a mediocre Tennessee team that had lost at home to a mediocre UCLA team. Look, Florida is very good but I don't believe that they are God's gift to college football and apparently you do. That's what makes blogs.
Jake Locker showed that he is every bit the QB that Pastor Tebow is and their performances last Saturday clearly demonstrated that.

WHO IS JAKE LOCKER?

I heard that at Florida they call handjobs "Tebow's."

This is the level of discourse I'm qualified to engage in regarding college football.

Poodle, WTF Hot Topic clearance bin did Miley Cyrus get her outfit out of? Homegirl needs to recognize.