Chickens vs. Macchiatos: A Friendly Wager 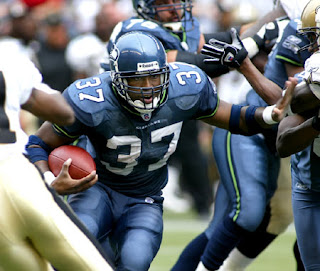 A candid conversation between Jericho and Magglio...

Magglio: Ok, what’s on your mind?

: So does Joseph Addai

: and that's a great pick

: member how hard he ran against CHI?

Magglio: I guess. He's kinda a pussy. And now he's filthy rich. What does he have to prove? He's not a team player. I dont think he wants it bad enough at all.

: Ladanian Tomlinson broke his record while Alexander sat and watched, you don't think that motivates him?

: Who cares about team players, this is fantasy buddy

: He's never had injuries to legs or shoulders

: He was making that same money when he played against CHI last year

: You’re telling me he didn't want it then?

: in the books this season

Magglio: I think he goes through the motions

Magglio: I really do

Magglio: You know what Alexander is doing right now?

Magglio: And then looking at his abs in his mirror. And then getting a non-fat caramel macchiato and flirting with the coffee girl.

Magglio: You know what frank gore is doing right now?

Magglio: He just fisted a chicken until he reached its brain…to heal the hand

Magglio: That my friend, is the difference between a player who wants it and one who is simply going through the motions.