A&M's Plan to Fix The Nation

With the election season in full swing, we’ve been inundated with pundits, policies, but more than anything, politics as usual. Sure there have been some great ideas, some interesting debate, but will any of these proposed changes really have the kind of effect our country desperately needs? Obviously the jury is still out on this one, but after watching about 150,000 hours of CNN the last few months, we put our heads together and came up with 5 innovative, yet highly controversial ways to fix our nation. Without further ado:

Look, here’s a conspiracy that I will believe until proven otherwise. The major political parties do not want you to vote. The lower the voter turn out the easier an election is to predict and control. Opening up an election to new voters creates all kinds of unforeseen variables (which is actually why the Republicans are terrified of Obama right now.) You know what? Fuck this. Under this new rule, employees are allowed to take a ½ day on Election Day as long as they bring their voting receipt with them to verify that they did in fact vote and didn’t just watch Saved By The Bell. Organizations with the highest percentage of voters (not total number, but percentage of staff) will be given a special tax break at the end of the year, known as the “Voter Exemption.”

Debates, political ads and ultimately elections are mostly won based on the policies of the candidates, how well defined their policies are and how well they present them. Here’s the catch though, policies really don’t mean shit at this stage. We get way too wrapped up in ideas forgetting that our political system includes several other branches of government. Obama’s health care plan sure does sound great at this stage, but it’ll go through 15,000 revisions and still has to pass through both houses. With that said, I think we focus way too much on policy and not enough on personality. Therefore, from this point on favorite movies, CDs, wide receivers, snacks, travel destinations, pastas, wine, brand of socks will be just as important as a probably doomed health care plan. There’s absolutely no way to predict what will happen during a presidential term, we need to get to know these people better so that we can trust that they’ll act the right way when the shit hits the fan. Have you seen the “My Pet Goat” clip? Pretty terrifying, huh? I’m pretty sure that didn’t have anything to do with his national defense plan when he was running. In real life you form opinions on people based on their first concert, whether or not they like Leno or Letterman, whether or not they love or hate cilantro (ever notice how there’s no middle ground with cilantro), why should a president be any different?

OK, I realize #2 is a crazy idea and that elections will always be decided by policies. With that said, what do you do when two candidates are so close on certain issues you can’t tell them or their plans apart? For that I propose the “Common Sense Calculator” (CCS) a third party organization that will examine every single claim made by a candidate and will report on the validity, overall effects and cost. For example, if Clinton says that Obama supported X & Y as a Senator and always voted no on A & B, the CCS will investigate and release a full report. If Clinton or Obama’s healthcare plans sound too similar, than the CCS will release a very easy to read and understand report highlighting the strengths and weaknesses of both without offering a verdict or an opinion of any kind. We are overwhelmed by pundits and talking heads during an election campaign, let’s have a no-nonsense approach to sorting these very important details out.

Take a look at these stats:

Amazing, huh? So let’s do something about it. Starting in January of ’09, the government will create the Body Mass Index (BMI) Bureau (BMB), similar to the census bureau except the BMB will travel door to door and take every single Americans’ BMI, if the BMI is over a certain number than that person has to pay a Fat Tax. The government will issue you a BMI number and send you an official tax doc (like a W-2) that has to be filed along with your regular tax return. Your BMI will be taken once a year and whatever the number is at the time of your test, that’ll be your number for the rest of the year and you’ll have to pay the according tax (which will be prorated per income). Not only will the creation of the BMB create jobs, but the BMB will be entirely funded by the Fat Tax and whatever is left over can be used to build low-cost, government-funded and ran health clubs throughout the nation.

(P.S. I’m not a complete asshole, of course there will be exemptions if people have medical conditions or are genetically predisposed. But something has to be done here; obesity is an epidemic and not only costs our country billions, but greatly affects our standing in the world. While other nations starve, 57% of Americans are overweight, we have to fix this and I think the government has to get involved.)

At no time may a candidate create a female clone of himself, marry that clone and then storm around the country touting his family values and denouncing gay rights whenever he has the chance. This is unacceptable.

A picture may be worth a thousand words, but this one only needs four “don’t let it escape.” 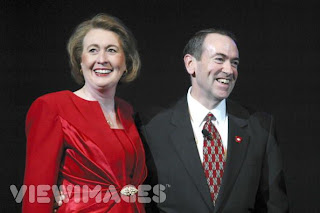 Email ThisBlogThis!Share to TwitterShare to FacebookShare to Pinterest
Labels: politics

A 1/2 day will ensure more voter turnout and change who wins the election. I would also like to know what Obama's favorite movie is and if Hillary likes to snack on Goldfish or
Ritz crackers.