Apples and Moustaches - cause the sun came out 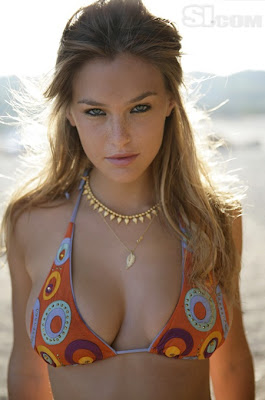 Apple:
I’ve always hated watching the NBA during the regular season. It’s just one-on-ones and lackluster effort until the last 5 minutes or so when the ‘star’ player just drives to the lane and hopes for an 'and one' situation. But all that has changed this season with . Now this is a team I can rally behind. They’re explosive, they’re fast paced and they play as a team. And is there a cooler player in the NBA than Baron Davis? There is no doubt in anyone’s mind that when it comes down to the 4th quarter, Baron is getting the ball and Baron is going to score. Monta Ellis may actually be the best player on the team and Steven Jackson plays like a fucking maniac. How about a new slogan for this season: “Warriors basketball. Bring it bitch.”

Moustache:
Rumor Mill: The Niners are interested in DeSean Jackson with their 1st round pick. Here’s a message to the brain trusts at the Niners…what the fuck are you thinking? DeSean Jackson is the most overrated player coming into the draft since Tony Mandarich. This guy is a bust in the making. My prediction? He’s injured and out of football in 2 seasons…tops. Look, I’m not wishing any harm on him, but he’s just not physically strong enough to compete at the NFL level. And word on the street is that DeSean Jackson doesn’t work out. Ever. Hmm. Sounds like a great plan for a prosperous NFL career.

Side note: I’m not sure who the Niners should take with the 29th pick overall. I’m going to defer to on this one. For some reason he’s really good at this sort of stuff. Last year all he talked about was how the Niners should pick some stud LB named Patrick Willis. Nuff said. We’ll let weigh in on this one.

Apple:
Can baseball please get here any quicker? Every year, without fail, my brother calls me and tells me, in earnest, that he thinks we have a shot at winning it all this year. Well you know what? He just called. And I think this year he’s making some sense. I’m reading articles about the Giants like they’re laced with crack cocaine. And not that cheap shit you find on Market and 8th, I’m talking and Fillmore crack….the good stuff. Did you know we have a SS prospect named Brian Bocock? How fucking sweet is that? Look, I may make fun of our lineup and I may laugh when we send Brian Wilson out in the 9th to seal the deal…but I sure as shit believe in this team and believe they are going to compete for the NL West.

Side note: My friend Brett put together a cool baseball pool this year where you pick which teams will win the division, guess who will win the major awards, who will have big stats, etc. It’s only 20 bucks to enter. And it’s a whole season of fun. Email me if you want in.

Moustache:
Question: Is the strike going to affect TV ratings when shows are back on the air? I find myself happy that I haven’t been glued to the TV as much. Sure, I miss The Office and 30 Rock, but no longer am I rushing to get home on Wednesdays for the Bionic Woman. Damn it! That girl on girl thing they were insinuating was just about to come to fruition. Anyways, as long as Road Rules/Real World is still in tact then who cares what happens to the rest of ‘em. Right?

Apple
Best dunk of the Slam Dunk Contest: The Birthday Cake…by Gerald Green. Look, Dwight Howard is amazingly talented and can jump out of the gym. But he’s also 6’10”. He SHOULD be able to dunk with ease. He’s not Rayne Mahaffey for fuck’s sake. Gerald Green on the other hand showed the most creativity in my opinion. Wow! Dwight Howard put on a cape?! What a zany guy!

Side note: In 2001, when Vince Carter competed, it was hands down the most exciting dunk contest of all time. Better than the /’Nique showdowns of the 80s. There. I said it. Nothing else has even come close. Get off your high horse Magic.

Now that is a great set of fun bags! Who is that little temptress and where can I find more pictures of her?

Phucko - that would be Bar Rafaeli. she's hott and used to be in the Israeli Army.

Apple - dood, what a game last night. B-Dizzle hits the winning J with 0.3 seconds left! it's hard NOT to root for the dubs. hopefully Boston takes it out on Suns this Friday. BTW - how do you feel about the Warriors playoff chances given how competitive it is in the West?

The Niners should stay miles away from DeSean Jackson. Forget the too small and likely to get injured argument. He flunks the attitude test with an F-. Yes, he has potential. Potential to be another T.O. or Randy Moss without the size. Very bad attitude! Of course, the Niners will probably trade up to get him. Oh God, what has happened to my team. I feel so yorked.