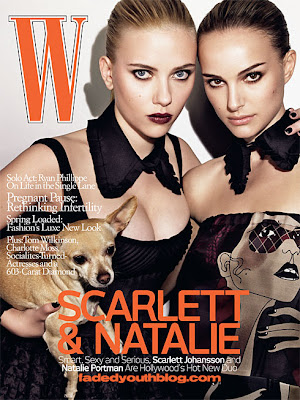 by Magglio & Jericho
As a friendly reminder, word association is a game we like to play on occassion which is basically top of the head thoughts/reactions on one word triggers. Usually conducted over IM, one of us gives the other person the word to react to. Every word/subject was used this time except for 'dingleberries'. Jericho didn't want to react to that one. Here are our unedited responses.

Jason Kidd
Remember when Jason Kidd was a rookie on the Mavs and he said that the team was about to do a 360? Well, they just did.

The Other Boleyn Girl
How much hotter is Natalie Portman than Scarlett Johansson? With that said and agreed upon, how much more would you rather nail Scarlett?

Croissants
Croissants are kind of like pills and sluts, if they're not really, really bad for you what's the point?

Valentines’ Day
The one day of the year when crappy husbands get to pretend they're good husbands - analogous to McConaughey playing a physicist so he can pretend he can spell.

SF Giants Lineup
A Russ Davis and a Tyoshi Shinjo away from breaking the record of most visible labias on one MLB roster.

A joke, not ours:
A man comes home on Valentine's Day with a duck under his arm.
His wife meets him at the door.
He says "This is the pig I'm fucking".
"That's not a pig, it's a duck," she replies.
"I was talking to the duck."

SI Swimsuit Issue
15 years ago this would have been the most bonerific week of my young life. Now? Please. If I wanted a good dry hump I'd go sit in the park at lunchtime when the weather gets warm.

The SI swimsuit is kind of like my nipples, I really don't need them, but I'm really glad I have them.

Zach Thomas, who has more tackles than any linebacker in the Pro Football Hall of Fame, will be released by the Miami Dolphins, a league source said Thursday afternoon.
Tackles are a crucial but ultimately misleading stat. Where on the field were the tackles made? Why isn't that a stat? Total number of yards gained before the tackle, that would help determine how good the player was. Is he a HOFer? Well, was there ever a time where he was in the top three of his position? No. Will you remember him 20 years from now? No. Does he look like what happens when Brian Urlacher fucks Treat Williams? Yes.

Superdelegates voting against the popular vote
The superdelegate thing makes no sense, it seems incredibly undemocratic - shouldn't the party who got fucked in 2000 by winning the popular vote but losing the election reject a system like this? Isn't this like using cocaine to get cure your cocaine addiction?

Sheryl Crow
When I hear her name it's like bad cramps from dinner the night before. Every now and then it hurts and you have to release a dreadful smell to release the pain. After a few days, and a few messy bathroom adventures, it eventually works itself out. Other than that I love Sheryl Crow.

Magglio, have I mentioned you're a genius and I love it? Fantastic post. How's that for an ego reach around on a Friday Morning?

Valentines’ Day:
The one day of the year when crappy husbands get to pretend they're good husbands - all in hopes for that once a year "middle BJ".