Jericho’s Application to be an NFL Writer 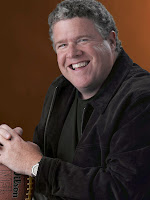 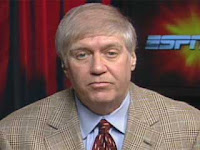 After spending the last few years reading everything there is to be read about the NFL on the Internet, Jericho has a pretty good grasp of how these writers write and what their editors think that readers want. To that end, he wrote the following article to officially audition for an NFL writing job. Look out Len Pasquarelli, Peter King, Pete Prisco and all the weird looking fucks that write for NFL.com, Jericho’s coming!


The Coaching Carousel: A Plea for Continuity

Round and round it goes,
Where it stops
Nobody knows.

Call it shortsightedness, call it lack of foresight, call it an inability to look into the future, or, if you must and are so inclined, call it narrow-minded forward outlook. Whichever synonym you use, there is a plague plaguing the National Football League.

Webster’s defines continuity as “the state or quality of being continuous,” from the latin, “continuitas” meaning “a progressive flow all emanating from the whole.” Although, you have to wonder if football owners are using the same dictionary.

In no place is this better epitomized than in Oakland. If San Francisco is “the city by the bay,” then Oakland is “the city of no way,” as in “there’s no way we’re keeping a coach longer than two years because our owner keeps firing everybody.”

In Al Davis’ dictionary, maybe continuity is defined as demanding the resignation of your “savior” one year into his tenure. Perhaps, after the word, the pronunciation and the word type, the definition of continuity reads: bring back a coach you mistakenly fired and his motel-running offensive coordinator and give them just enough rope to hang themselves. And, I would wager to guess, when flipping through the “C”s in his dictionary, wandering past the “Ci”s and the “Cl”s, eventually and haphazardly finding himself in the “Cont”s he stumbles across a word defined as thus: fire a coach a year removed from the Super Bowl.

What a gift it is to be in his presence. To be in the box with him. To see his drool, so dedicated and passionate, slither down his chin onto his windbreaker. To see his teeth, yellowed and broken by years of bad cigarettes and worse offenses, open for a bite of pudding as his trembling hand, elegant and grand like a wide receiver running a deep post, misses his mouth completely, slamming the spoon into the side of his benevolent face. We are all enriched by Al Davis’ passion and purpose. We are all students of the game. His game.

However, all reverence aside, the proud old ship that was the Raiders has taken on more water than an upturned cup in a mid-December drizzle. But be sure, this rain is not made of water this rain is raining incompetence. And the incompetence starts with the revolving door, the ejector seat, the darned if you do, but pretty much darned anyway situation that is the Raider’s head coaching job.

At first, the hiring of Lane Kiffin seemed inspired. A masterstroke. The young, intrepid genius united with the wise sage of the hash marks. However, as the two egos started to clash, the decision started to be questioned. Suddenly, the brilliant move seemed forced, awkward, unnatural, like a black guy wearing Birkenstocks. The young upstart looks like he’s on his way out after one year.

Art Shell was supposed to be a return to Raider greatness. A reminder of a bygone era of Super Bowls, Pro Bowls, and stained glass bowls filled with victory. It was not the case. Art Shell’s offense proved to be as listless and as unmovable as Art Shell’s face. A rumor started steaming through Raider Nation that Al Davis was so upset at the performance of his team that he crapped himself and forgot who he was for over an hour. A symptom of age? Maybe. A symptom of incontinuity? Probably. Art was shown the door after one year.

Bill Callahan and Norv Turner did not fare better. Callahan was the heir apparent to a great team, a veteran team, a tenacious team, an Al Davis team. But his awkward demeanor, and “the bullies took my lunch money and now I have no lunch money!” style of coaching did not bode well with Raider faithful. Norv Turner was the wrong man at the wrong time for the wrong team, known as an offensive genius, Norv quickly turned a proud, talented team to the kind of gooey mush that Al Davis is spoon-fed approximately 90 minutes before bed time.

How to fix the Raiders? If anyone had that answer, there’s a good chance that Al Davis would ask them to repeat it several times with his hand cupped over his ear before screaming, “Starbucks! Photograph! Indiana Jones stole my dishwasher! Indiana Jones stole my washdisher!” There is a proud tradition in Oakland and a proud man who is proud of that tradition. Maybe coaching continuity isn’t the end all be all, and it might not be a step in the right direction, but at least it’s a step, something that Al Davis hasn’t taken unassisted for years.

Something needs to be done. And quickly.

Round and round it goes,
Where it stops
Nobody knows.

Because after soon comes later, and later may be too late.
Posted by Casey Lewis at 7:50 AM

You are an ass clown. I wouldn't hire you to write the ingredients on a cereal box. You couldn't hold Prisco's jock.

Why would I want to hold Prisco's jock? That's weird. What does 16 hats mean anyway? Is that the sequel to 27 Dresses? You suck, man.

Here it is: Brady was hurt so he couldn't pass, the Giants D line found even bigger gaps in the Boston o-line than in Strahan's teeth and to quote that well-known football commentator John Travolta in his pregame interview with that well-known gay sports bon vivant Ryan Seacrest in hour 12 of the pregame show just 5 hours before kickoff "the best team in the league was playing the hottest team in the league." Out of the mouths of washed up stars!