A Few A&Ms for a Friday 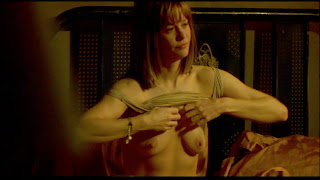 Apple
Had about four minutes to eat lunch yesterday and ran over to a sketchy Mexican place where I heard a woman in a power suit ask the woman at the register, “what’s good here?” Are you kidding me, lady? You don’t ask what’s good at a sketchy Mexican place, you order the simplest thing on the menu and pray that you can get through the meeting before the diarrhea kicks in.

Moustache
You know you’re at a “boys weekend” when the subject of sexual exploits comes up and someone says, “I beat that pussy like it owed me money.” Fair. Totally fair.

Apple
Did anyone see the lunar eclipse the other night?!?! Big fucking whoop. Seeing a lunar eclipse is kind of like seeing Meg Ryan naked, everyone should do it once and then just move on.

Moustache
If you had a long drunken night with your buddies and are laying in bed trying to figure out how much money you spent, here’s a great litmus test: if there are pictures of you in a limo and you have no recollection of being in a limo then you spent a shitload of money.

Apple
Two fun celebrity-oriented headlines and two bad jokes to go with them:

"Stars who attended Punk'd star Ashton Kutcher's 30th birthday party in New York are among those being urged to get a vaccination against Hepatitis A."

After getting Punk’d, Ashton’s friends now have to get Prick’d! Or, now that’s what I call schwag!

“There are two new kids on the block joining Jenny.”

Don’t be fooled by the twins that I popped, I got an extra stitch in my twat. Or, the Earth welcomed two more people who hate that "El Cantante" movie.

Adapted Screenplay
Will Win: No Country
Should Win: There Will Be Blood
Posted by Casey Lewis at 8:51 AM

Email ThisBlogThis!Share to TwitterShare to FacebookShare to Pinterest
Labels: A and M, Guys, movies

how can you from 3 days in a row of hot chick pictures and then you put up this one? thats disgusting.