A Few A&Ms for a Wednesday 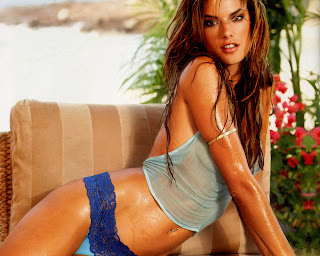 Apple
The recent “I’m Fucking” videos have served as a glaring reminder of just how big the coolness gap between Matt Damon and Ben Affleck is. Matt did it first; Matt did it better and, like most of his acting performances, Ben’s video tries a little too hard. This debate was decided a long time ago - right around the time Matt was premiering the first Bourne movie and Ben was offering to floss for Jenny but she turned it down because after all, if she was ever in the mood for flossing she had her own – but if you need another reminder, there it is.

Moustache
Think about this question before answering, kids. Would the world be a better place if we could push a button and immediately remove all a) religion b) nuclear weapons or c) disease?

Apple
Terrell Owens and Barry Bonds were recently seen hanging out in Vegas together, partying at Pure and gambling until 5am. Through our contacts at the Hard Rock, we actually got a transcript of a conversation the two of them had at a blackjack table very late at night, take a look:

BB: Man, I got that Queen again! Barry hate the way this bitch look at him!

TO: That white bitch ain’t know shit. Let’s get some waffles.

BB: Barry can’t eat no waffles. Barry don’t eat nothing that he don’t know what in it.

BB: Barry hate this hand! Okay, Vegas, you win. You wanted to break Barry, well you broke him. You wanted Barry to jump, well the wind is blowing Barry’s hair around and Barry’s clothes are flapping back and forth because Barry jumped and now gravity is working on Barry.

TO: Gravity don’t work on TO! TO decide what shit goes up and when that shit come down!

TO: You hungry yet?

BB: No, Barry ain’t want no chewing! Barry decide when Barry eat and when Barry…Barry starving!

Apple
The Justice Department has been ordered to investigate whether or not Roger Clemens committed perjury by lying in his senate hearing a few days ago. In other news, Congress has convened in an emergency session to determine who actually was the best dressed at the Oscars, Senator Horman Cranst (R, Oregon) will shave his scrotum in a special session so that the Senate can finally answer the age old question of “does shaving your balls really make your dick look bigger?” and the Supreme Court will decide the legal implications of Panic at the Disco dropping the exclamation point.

Moustache
I know we joke a lot here at A&M, but I wanted to call attention to a very cool, very important event that happened a few days ago. The New York Philharmonic recently visited North Korea for a seminal, 2-day run that was an operatic movement towards peace and unity. For a brief moment, cries of “terrorism!” and “sanctions!” went as deaf as Ludwig van Beethoven and the only WMD on hand were Wolfgang Mendelssohn Dyoshtetevsky. We may not be able to orchestrate a treaty, but we can orchestrate an orchestration. Bravo.

Yahoo! is fucking Betamax, that’s how fucking worthless they are at this point. This will be remembered as one of the dumbest and costly decisions of all time. No offense to Yahoo! CEO Jerry Yang, but you are wong on this. Way wong.
Posted by Casey Lewis at 3:05 PM

Email ThisBlogThis!Share to TwitterShare to FacebookShare to Pinterest
Labels: A and M, Random, Would you rather?