Thoughts on the Grammys 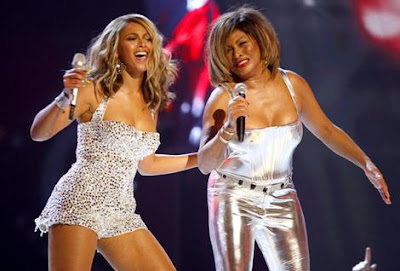 - by Magglio and Jericho


***(Warning: Gratuitous verbal fellatio about to commence.) Love him or hate him, Kanye West is one of the best performers of our generation. He transcends genres with his style and his stage presence. He’s like a badass rock star the way he commands the stage. Watch any other “rapper” perform live and it’s crap (except for Jay-Z, I guess). But Kanye? He owns that stage; he spits lyrics like he’s possessed and though he reminds us non-stop, he is in fact the best there is. And last night with Daft Punk, the pyramid, those glasses and the lit up violins, this performance will go down in history as one of the best ever.

***Four thoughts on Carrie Underwood:
1) Isn’t she the exact person she’s signing about in her song? Doesn’t she have bleached blond hair and is there any way that her skinny ass could take a shot of whiskey?

2) Carrie Underwood and Riahnna are battling for this year’s “we used to be kinda hot but now are so skinny that we look like 12 yr old boys and not in a good way” award.

3) I’m not sure who I feel worse for: the guy in Carrie’s song, who got totally stalked and terrorized by a pyshco or the spaghetti strap on Aretha Franklin’s right shoulder that got totally swallowed by her ham shoulders.

4) Ladies, once again let’s recap the lesson we can all learn from “before he cheats” – blow him. Just blow him. Blow him when he asks, blow him before he asks, it’s not difficult and it’ll make all the difference in the world. Trust me.

***Was anyone else shocked by how big Tina Turner got? Love may not have anything to do with it, but barbeque sauce sure does.

***Amy Winehouse’s performance was so ironic last night you could almost hear Alanis Morrisette talking about a free ride that she just didn’t take. Watching Winehouse seduce the camera, wriggle around like a crack addict and croon about not going to rehab seemed so textbook part of me had to laugh. But damnit, it worked. First, that bitch can sing. Second, she is in fact cracked out and plays the part accordingly And lastly, what the fuck was Cuba Gooding Jr. doing there? And why was he announced as ‘Cooba’ instead of “”?

***In an effort to boost ratings, NBC just announced a new team will join the cast of The Biggest Loser, couples. Starting next week, Beyonce and Alicia Keyes will be battling other obese contestants for the right to be called the biggest loser. (to which replied “lay off the sistas!”)

***Ok, I don’t get it. What is the time frame for when music is eligible? Didn’t Amy Winehouse perform at last year’s show and wasn’t her album from like 2006? I remember this happening when Outkast’s Hey Ya! was up for awards for like 3 years running. I think Norah Jones won 2 years in a row for the same song. I think the music industry just kinda makes it up as they go. I’m so confused.

***Ringo Starr can do whatever he wants. I mean, admittedly he was the least talented Beatle, but the man walks on water. What are you supposed to say to him? He’s a Beatle for fuck’s sake. It’s the equivalent when Jerry Rice enters a Super Bowl party or Michael Jordan shows up at a basketball tournament. These guys are about as big as you can get. It’s too bad Yoko and her dumb hat had to be there.

***As far as Alicia Keys goes, remember that episode of Seinfeld when Jerry is dating that chick who is hot or ugly depending on the light? We’re convinced Alicia changes gender in certain lights. In the ‘No One’ video she changes sides more times than Anne Heche. (Insert Jay Leno head bob here)

***At 86 years young, Tina Turner looked like she had the face of a 65-year-old. It’s amazing what plastic surgery can do for people isn’t it? I mean what the fuck was she thinking? Sure, she can’t move her face, it looks like she’s half smiling, half wincing and half farting at all times, but at least there were no wrinkles! I don’t get it.

Email ThisBlogThis!Share to TwitterShare to FacebookShare to Pinterest
Labels: music