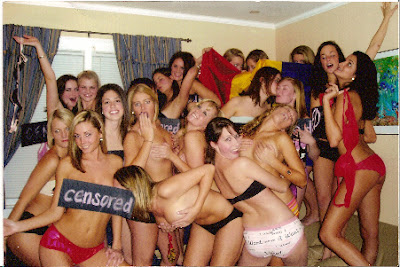 So nice. A long 3-day weekend is ahead, the sun is starting to come out and the Giants haven’t lost a single game yet this season. This is one of those days though. has mumbled all of 5 words to me. Something about 'so busy', 'work is crazy', 'i'm a grown up now', 'blah blah'. Whatever. Asshole. So enjoy the photo above, and here are 5 thoughts/links/things to leave you with before this glorious weekend begins:

1. Eddie Vedder just announced a very small west coast solo tour. He’s calling it his April Fool’s tour. Rumor has him playing at Zellerbach Hall in . Sweet. Tickets will be impossible to get but damn that sounds pretty nice.

2. I have a drinking chess set that I have yet to take out of its box. Anyone out there want to play? Basically, the chess pieces are all shot glasses, you fill them up, and everytime a piece is captured you have to take a shot. I’m thinking this could be a good way to celebrate President’s Day Monday…any takers?

3. The Falcons just unloaded a mess of players including Alge Crumplerstilsken (I won' t stop calling him this until Chris Berman officially adopts it on air...Michael are you still spreading the word?) and Byron Leftwich. Thoughts on where Leftwich is going next season? My money is on the Niners, Redskins or Bears. Sad when a QB falls off so quickly like Leftwich has. Kinda like what happened to Culpepper.

4. And…Happy Anniversary!…It was just 16 years ago today that Jeffery Dahmer was sentenced to fifteen consecutive life terms for the murder of fifteen people. Here’s to you Jeff. I hope you’re spending your days in hell rotting uncomfortably.

5. MTV has just announced it will be hosting the first ever Real World Awards Bash on March 29th. And you, the faithful viewers at home, have the opportunity to vote. Personally, I think the categories are kinda weak. They should be structured like in High School, with the ‘most likely to’ format. Like, most likely to succeed, most likely to wind up 50 years old and still competing on the Gauntlet. Most likely to marry an NBA player. Most likely to appear in an informercial. Most likely to develop a nasty methamphetamine addiction. And so on. And so forth.

Did you read about Dahmer's death in prison? Some bad mother fucker beat Jeff and some other douche bag to death with a bar from the weight room. Ouch!

You probably already know this.....