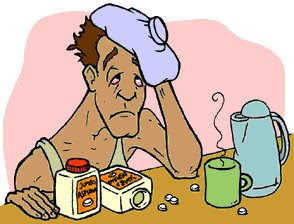 And on behalf of Magglio, myself and 200,000 other fantasy owners, FUCK YOU, SANTANA MOSS. Ah, that feels a little better. A little. (every person who has ever played fantasy football is nodding right now, no other explanation needed.)

2.
By far the two dominant stories this year have been 1) how scary good the Patriots are, and 2) the resurgence of two signature franchises, the Cowboys and the Pack. Both are great stories, both are true. But the flip side of those three great teams is how fucking awful the rest of the league is. Can you remember this many shitty teams in one year? I see the league essentially breaking down into four categories:

The kinda good teams that will get absolutely murdered in the playoffs by one of the really, really good teams (9):
NYG, DET, SEA, CLE, JAX, TEN, SD, TB, PITT

How did we get to this point? I watched the GB / CAR game on Sunday and I have never seen a team play lazier or less inspired than CAR did. Un fucking believable. Hey, John Fox, enjoy being the D coordinator at Houston or San Diego next year, should be fun!

3.
I think we’re heading towards an unprecedented offseason where as many as 8 head coaching jobs will be open, here’s my thoughts on who goes and how.

WASH: Joe Gibbs, retired
PHI: Andy Reid: step down (really fired, but they’ll let him save face)
CAR: John Fox, fired
SEA: Mike Holmgren: retired
SF: Mike Nolan fired (not sure I agree w/ this, but they’re worse than when he took over, that can’t be argued)
BAL: Brian Billick, fired (do you ever wonder if anyone ever confuses Brian Billick with Bill Belichick b/c their names sound so familiar? And perhaps the better question, would Billick correct them? Can’t you see him going on for hours about how proud he is of the NE organization, how much he loves having Brady, etc?)
CIN: Marvin Lewis, fired
SD: Norv Turner, fired (he inherited the most talented team in the league and he’s barely .500. Thanks, Norv! Enjoy being the offensive coordinator at Buffalo next year!)

4.
There’s absolutely no doubt in my mind that Brady and Moss watched the Cowboy game yesterday and said, “Fuck Romo and T.O., I bet we can do that shit in the first half.” 100% gurarantee that happened. But this raises a different question, who would you rather have on your team, Moss or T.O.? Watching the highlights of the Dallas game and then watching the first of the Brady / Moss show, I was struck by one thing: Whenever T.O. gets a touchdown he’s always wide open, whenever Moss gets one he’s in traffic. I’m not sure what that says about either, or if it sways the debate in one direction or the other, but it’s worth noting. I think if you were to grade the two, it would look something like this:

Toughness (blocking, getting out of jams, going over middle, etc)
T.O. = B+
Moss = B

Thoughts? Who would you take?

5.
I told you to keep away from four teams this year: The Giants, Vikings, Jags and Chiefs. The combined record of the four: 22-18. Not so good.

6.
I told you to watch four teams this year: Cowboys, Packers, Broncos and Steelers. The combined record of the four: 29-10. Decent. That number will get better after Vince Young has diarrhea on national TV for four straight quarters tonight.

This is shaping up to be the worst bet I ever made. Way worse than that time I bet Magglio he couldn’t get our middle-aged, balding, creepy lisp English teacher to blow him.
Posted by Casey Lewis at 11:45 AM

i think you're right about their hands and yards after catch. i would take TO after much debate. he's more apt to dominate a game (and a sideline)