Thoughts on things and stuff 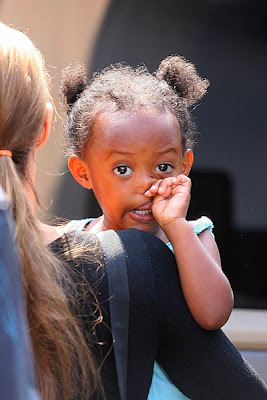 Fantasy Karma:
I’m not going to make the playoffs in Fantasy Football. It sucks. But that’s not my point. As a responsible GM I think when you get to this point in the season there are two general rules you must follow; 1) you have to continue setting your lineup every week. Nobody likes a GM who's thrown in the towel and lays down for an easy victory against teams still in contention. Setting your lineup is your responsibility in the quest for ultimate sports knowledge. 2) you cannot trade any of your players. One of the first place teams in my league is in desperate need of a QB…I am currently holding Hasselbeck and Brees. There is no conceivable situation where I can responsibly trade either of these guys. I don’t stand to gain anything. It would be bad fantasy karma and I need all I can get these days.

I take it back.
There is a gayer movie this holiday season than Enchanted. It’s called August Rush and it potentially is the pinnacle of RTs. A genius boy separated from his parents tries to find them by learning music and playing the songs he grew up with. Holy shit. I’m not going to ruin the absurdity of the trailer...It’s worth seeing yourself…if nothing more than Robin Williams. Jericho chimed in on the Robin Williams issue:

“Don't you feel like there are 5 of him? He has a bunch of clones. One does stand up, one does bad movies, one is a heroin addict in the tenderloin and the other two just fuck each other all day in a hot tub.”

Couldn’t have said it better myself.

Word association with Jericho
This was a fun way to pass the time at work. I sent a word or a phrase to asking him to react. These are his unedited responses:

Resse Witherspoon and Jake Gyllenhaal having lunch at The Slanted Door on Monday:
“Not sure which one I want to fuck more. Not sure there'd be any difference.”

Zahara Jolie:
“12lbs away from being the heaviest woman in her family.”

Kevin Durant:
“Your favorite basketball team drafting Kevin Durant and then announcning that they're moving to Oklahoma is akin to a prisoner on death row discovering that he's the greatest whistler the world has ever known.”

‘Stewardesses’ is the longest word that is typed with only theleft hand:
“I'm hungry. Don't bug me with that shit.”

I'll take your "August Rush" and raise you the new Jessica Simpson movie. Have you seen the trailer for "Major Movie Star"? I can't believe how many RT's crawled up and down my skin while I watched this trailer. Worst. Movie. Ever.

Well, obviously! The major (pun intended) difference is that August Rush is being promoted as an Oscar contender when everyone working on Major Movie Star knows its shit. Except for Papa Joe of course...

Was everyone aware of the fact that there are 4 Oscar winning actors in Fred Clause?? Really? Really?....

Easy 4 Oscar winners. i count three, Kevin Spacey, Rachel Weisz and Kathy Bates. Who am I missing? Paul Giamatti didn't win for Sideways if that's what you're thinking. Spacey does have two, so I'll give you a pass on the number, but it needs to say 4 Oscars, not 4 winners. Thank you.

Regardless, is there a worse movie with as many Oscar award winners? Were these actors thinking they'd get paid and nobody would notice? Travesty.

P.s. Ludacris is in the movie, he was in Crash, an Academy Award winning movie for best picture. 1/2 credit.

i liked fred clause, so step off.