A Moustache, An Apple and Word Games with Magglio 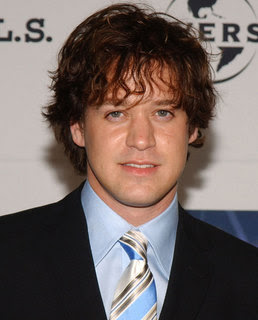 Apple
I’m a big proponent of opening doors for people. Men or women, I just feel like it’s a cool, classy thing to do. With that said, my new building has a revolving door and I can’t figure out what's considered proper revolving door etiquette. When you arrive at the same time should you a) let them go first, or b) go first, but push really hard so that the door moves for them and they don’t have to do anything? Can we get a definitive ruling on this?

Moustache
If Notre Dame doesn’t fire Charlie Weis after this season then they will unequivocally prove that Tyrone Willingham’s firing was racially motivated. Now granted, Willingham had a rough final two years, going 11-11 and losing 5 games by at least 30 points. That was bad, real bad, but consider these nuggets from Weis’ 2007 team:

- The worst start ever (2-9)
- The most losses in a season ever (9)
- Two of the ten worst losses ever (38-0 losses to both Michigan and USC)
- The first 6-game home losing streak in school history
- Lost to both Navy and Air Force, the first time ND has lost to two military academies in the same season since 1944.

Willingham’s last two years were bad; this year has been absolutely catastrophic. Ty never fit in at ND, his hiring was a surprise and he never seemed to mesh with the rich, conservative, comb-over-white-guy mentality of Notre Dame. His firing raised lots of questions about race but they quickly lost steam and eventually faded away. If ND keeps Weis after this irritated butthole of a season, the race discussion should be reopened. This would be indisputable evidence that Weis is keeping his job only because he's white. Why is nobody talking about this?

Word association with Maglio
I sent a word or a phrase to Magglio over IM asking him to react. These are his unedited responses:

John Mayer:
Falls into the 'dooshbag but nails hot chicks' category along with Nick Carter, Adam Lavine, Adam Duritz, and Jennifer Love Hewitt. The sad thing is, I've heard he's actually a good musician...but it's hard to get past his stupid face. Isn't it?

Writer’s Strike:
First of all...I don't want to waste my energy trying to understand it. Secondly, will this delay The Office or Heroes? That's all I care about. At least Sportscenter remains pure.

Guys with girl names like Kelly or Ashley:
Unfortunate? Yes. Destined for greatness? Perhaps. Let's dig a bit deeper here. How many dudes do you know named Kelly or Ashley? Not many right? But there's quite a few in the public eye. Kelly Slater, Kelly Kapowski, Ashley Lelie, Ashley Parker Angel (wow, so weak) for example. Does this constitute a trend? No. Do those guys get picked on their entire lives? Of course. Does the website Nutsack.com exist? Absolutely.

Grey’s Anatomy:
I'll be honest, I've stopped watching. I just don't care anymore. Kate Walsh is off the show, Dr. Burke is fighting the Bionic Woman and Meredith looks too much like Renee Zellweger. But I was in Seattle last weekend and I made endless jokes such as "Do you think McDreamy gets his crepes here?" or "If only Izzy knew about this park, her mind would be free again!" or "I wonder if George got the train run on him down that alley."

Email ThisBlogThis!Share to TwitterShare to FacebookShare to Pinterest
Labels: A and M, Sports

Kelly Kapowski is a GIRL. Hello? Tiffani Amber Thiessen's character on the classic "Saved By The Bell"?

I hate Notre Dame football and have been consistent about that. I am not being a back runner, (opposite of front runner) because they are so terrible this year. But they clearly keep pulling in the bucks. They are not in a league so they don't have to share any of their bowl or TV revenue. They have a contract to be on TV and when they win a few games they invariably get a much better bowl game then they deserve. This happens because they are Notre Dame and the old senile guys that run the networks and the other old senile guys that wear the obnoxiously blazers and represent the bowls think Knute Rockne and Ronald Reagan still are associated with the team. (Maybe in a way they are because the team does look like stiffs this year.)The aura is gone. They suck. I'm glad. I don't think they are going to be a national power again or if so not for a long time.
They will beat Navy and some of the other lightweights they play to get their 6 bowl eligible wins but times have changed and they will not be an icon anymore.