Boy, did we fool 'em 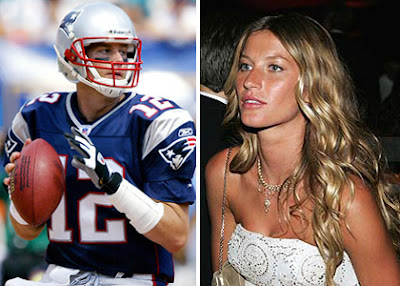 Let me set the scene. and I have gathered in his backyard on an uncharacteristically balmy Sunday afternoon. We’ve got sausages on the grill, cold beers in our hands and the Patriots and Colts are about to kickoff. And where are our ladies?…. They’re in a heated discussion trying to figure out how many touchdowns Peyton Manning and Tom Brady will combine to throw in the game. Incredible isn’t it?

It all started innocently enough. We knew what we’d be facing: a four-hour block of intense playoff caliber football and the potential for bored, tired or otherwise uninterested significant others. Normally we would just let it go. We’d watch our game and let the girls do their thing. They’d feign interest early on and then resort to their trashy magazines. (Ok fine, I’ll admit it, I too love US Weekly, Star and OK Magazine…but not when there’s football on damnit!) But today something unusual happened; the girls cared about what was going on. You don’t usually find this sort of interest from girls in a football game unless it’s the playoffs, the local team or their matter who’s playing. But Manning vs. Brady piqued some interest. The GQ cover boy vs. the All-American goody-two-shoe commercial whore. We had the bait now we just had to hook ‘em.

We decided to set some spreads and place some bets and surprisingly the girls got really into it. We had the normal bets; over-under, overall winner and overall quarterback performance. But then as a group, we decided to mix up the propositions just a bit:

All-in-all the bets kept everyone involved. My wife won the competition correctly picking 5 out of the 8 bets. She was even itching to set some bets on the Sunday night game. This may seem silly and it may seem obvious but give it a shot. Pick a game, research some good story lines, try to interweave something in with an US Weekly headline and set some propositions. It’s fun for the whole family and best of all it leads you straight to the couch all-day-long. 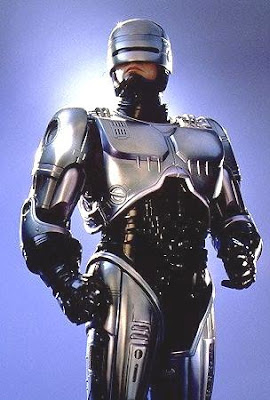 Side note: I’ve got a nickname for Adrian Peterson. Robocop. He looks superhuman when he runs. He looks like a younger, faster, more evolved Eddie George. He looks like he could come out next Sunday with a late 80s space age helmet on and nobody would ask questions. Robocop. Let’s see if it sticks.

You could have also put a number of Peyton Manning ads running during the game. Not sure as to how many that was but I'd put the line at 6. My new favorite is his sugeestions on getting Rock hard Abs. Hillarious, I'm heading out to buy larger shirts because of his advice

Great line on the number of Peyton commercials. We actually did consider this, however we were watching it on DVR so we were fast forwarding through the ads. Stupid advertisers.

With the exception of Super Bowl LXCVIII ,( Roman Numerals always seemed like secret code to me)Peyton, who is a helluva an actor and pitchman, is simply not a winner. He has skills. I don't hate him. (His teamates don't seem to ever talk to him on the sidelines or after the game). I just think he is not a winner. Until last year he was the best football player never to win a major. Then he won one. Sunday, his team was beaten in their own house. Love the commercials and the appearance on SNL though. Aren't professional athletes in the entertainment business anyway?