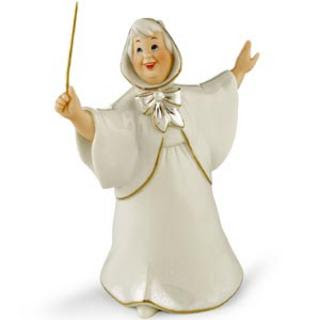 Apple
Here’s a joke that always makes me laugh: “that guy’s nuttier than squirrel shit.” Much like chimps talking or any interview with Clay Aiken, that shit is funny every time.

Moustache
I really think the Office has caught and passed 30 Rock this year. The shows were neck and neck last year, trading the title of “funniest show on TV” on a weekly basis. The Office has been in such a groove all year and 30 Rock seems to be forcing it a bit, maybe this will even out but The Office has a clear lead right now.

Apple
If you ask your gay brother to be a godparent to your kid, does he become a real-life “Fairy Godmother?”

Moustache
It always cracks me up in movies when a hot girl says, “I can spend all night making love to you,” or something to that effect. The guy’s eyes always roll back and then he grabs her and kisses her passionately and it’s awesome. But you know in the back of his mind he’s thinking, “that’s awesome, thanks for saying that. Here’s what’s really going to happen: I’m going to fuck the hell out of you once and then fell asleep watching TV. You’re more than welcome to join. I think Cheers is on.”

Moustache
Call me crazy, and I may end up eating these words on Monday, but I really think the Colts / Pats game is going to be a ball-control, defensive battle. Both coaches respect the other team’s offenses too much to get into a shootout and they’ll both game plan to control field position, use the clock and keep the other offenses off the field. With that said, both teams will score a lot of points, but I think it’ll be more 26-24, than the 41-38 that everyone seems to be predicting. The O/U is 56.5 and I’m taking the under, we’ll see what happens.

Apple
How terrifying would it be to date someone like Alanis Morissette or Fiona Apple, a troubled, yet weirdly sexy chanteuse, knowing that every little argument or fight is going to end up as fodder for a troubled, yet weirdly sexy song? Apparently Alanis is putting the finishing touches on a new album that chronicles her breakup with Ryan Reynolds; he has to be a little freaked out right? Think of all the dumb, ultimately meaningless fights you have with your girl, can you imagine if they all turned into songs?

Pulled: the time she wasn’t in the mood, you got into a fight and then huffily announced you were going to the other room to jerk off

Orphan: You accidentally call her Aunt May “Aunt Ginnie” and her Aunt Ginnie “Aunt Whinnie” (even though in your mind you refer to both women as “Fat Cunt”)

Left Over: The day after a big Italian dinner you bring the leftovers with you for lunch without asking her first (even though she never eats leftovers and complained about never eating pasta again on the way home, but that never seems to make it into the fucking song, huh, Ryan?)

Moustache
I love Lou Dobbs, I really do. I love how pissed his is, how he directly challenges Bush to fights on live TV, how he’s reinvented himself as a crusty, cantankerous muckraker. But lately his rants have been getting a little too crazy, consider his most recent rant about the wildfires in San Diego:

Like most Americans, I enjoy a good fire. It’s warm, warming and helps us cook our food, burn our waste and heat our homes. But I just have one question for the fires in San Diego: what America did you grow up in? Because in my America, fires heat houses they don’t burn them. In my America, fires are built in trashcans to warm the homeless they don’t make you homeless. It’s amazing isn’t? So listen here, fires, if you think you can put people on the streets and tie up our resources, you’re wrong. You may be hot now, but myself and all other decent Americans are cooling on you.
Posted by Casey Lewis at 11:00 AM

Step 2: Make a rule...only fighting with tennis balls is allowed.