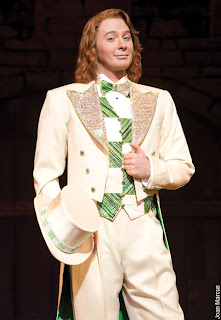 A few whacky links on a whacky Friday:
Wait, Best Buy is buying Napster? How may fucking times do we have to go through this? Napster is like the Pam Anderson of companies – it doesn’t matter how broke she looks, how crazy she acts or how cavernous her honey pot is, there’s always some moron waiting in line to snatch her up. It’s gotten to the point that Tommy Lee should call Best Buy and ask the CEO how his dick tastes.

Watch this video of Megan Fox, but watch it carefully. About 45 seconds in I suffered the world’s first boner induced seizure, or bonzure, if you will. Please tread carefully.


Here’s one of the weirdest stories from one of the weirdest elections in history. Apparently, Palin recently granted the first interview to her traveling press corps. Let me get this straight – she was nominated two months ago, was assigned a group of press to follow her around on each step of the campaign, and she’s just now talking to them? What the fuck? What have those reporters been doing? You have to like Palin’s approach here – she’s running her campaign exactly like Forrest Gump handled his run across America – slowly picking up followers, not saying anything and then finally after 2 years and a big fucking beard she finally opens her mouth. In related news, apparently her first quote to the press was, “I’m pretty tired, think I’ll go home now.”


It’s gotten to point that every male between the ages of 14-40 has seen Britney Spears’ vagina. When you stop to think about it’s kind of crazy that we’ve seen the vagina of a incredibly famous, complete stranger (assuming of course that you actually took the time to think about something which is impossible when you can click three buttons and see Britney Spear’s vagina). Anyway, if you are one of the few people who hasn’t seen Britney Spears’ vagina than you’re also one of the few people shocked by the Clay Aiken “Yes, I’m gay” news.

Here’s my favorite part of the Clay Gaiken story – the fact the people are shocked/outraged that he received such a little amount from People to break the story. Huh? The really shocking thing is he got more than a loaf of bread. Honestly, Clay Aiken loving the feeling of fresh chode on his upper lip has been one of the predominant, “I know this and fully believe it and don’t need it to be confirmed because it’s so fucking obvious” stories. It’s right up there with, “Jennifer Aniston and Jessica Simpson are absolutely awful in bed,” “Women actually don’t have orgasms, they’re just making us feel good,” “Nicole Kidman poops out of her eyes” and “Will Smith and Jada Pinket have removable privates and trade off being male and female depending on their mood.”


"Too much, too soon? Too coddled, for too long? Critics say so. Many who know Vince Young and his spiritual journey say the quarterback's state of mind is widely misunderstood."

You’ve go to be fucking kidding me with this shit. A 40 yr old white woman writing an article about the struggles of a 25 yr old black athlete is kind of like me writing an article on Madonna’s menstruation cycle - "has the material girl stopped bleeding for good?"

In fact, that sounds like a good idea; let’s give it a shot.

Has the Material Girl Stopped Bleeding For Good?

“The strains of womanhood are nothing compared to the hood of woman strains.”

For years, Madonna has signified, typified and epitomized the new wave of feminism in America. This isn’t woman’s suffrage, or equal pay for equal work, or even “hey, stop making those jokes about women that end in ‘in the kitchen’” – no, this was a different era, a different epoch, a different series of minutes and hours that combine together to form days, weeks and years; or in other words: time.

Yet another word for time is period, and the Period of Madonna may be coming to an end because of Madonna’s Period. Or lack thereof.

There comes a time in every woman’s life where she has to look at her vagina and say, “is that it?” It’s not easy of course, it can be extremely difficult, in fact, just having the flexibility to bend far enough to look your vagina squarely in the eye is enough to cripple most women.

Madonna has contorted her body into more positions than most fuzzy pipe cleaners could ever dream of, she’s handled more sausages than a 300 pound Italian grandmother, she’s been plugged more than something that gets plugged a lot by real plugs and not metaphorical plugs that are really just metaphors for all the penises that Madonna has been plugged by. However, much like the Salmon of the great rivers on this great planet, Madonna is faced with a large river and now has to swim up the current she so gallantly swam down. Swim, Madge, swim forever.

This new layout sure is soothing. My retinas thank you kindly!

Isaiah Thomas! Somebody must have really kicked you in the ovaries tonight to make you that angry. I really like the transition from Gay Fakein' to Bloodona.