Apples and Moustaches after MNF 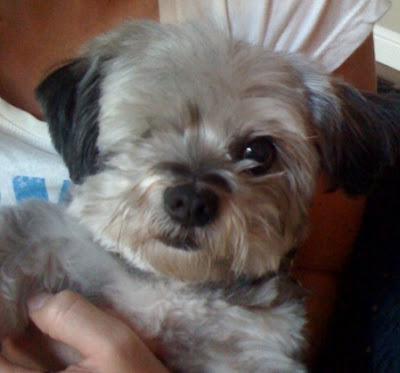 Apple
Fifteen years ago Steve Young was the coolest motherfucker on the planet. He loved to pick apart a defense with his arm or his feet and he loved fueling speculation that he was gay by…well, just acting gay. But that’s not the point. Fifteen years ago Steve Young was so cool. And now? He’s a flaming dooshwad. What happened? Did anyone catch him on MNF tonight? His hair looks like it’s been sprayed on worst than John Travolta and he says the most asinine things. For example “Desean Jackson is a kid. He’ll fix that.” (in reference to Jackson throwing the ball away before crossing the goalline.) Newsflash Steve…Desean is a moron. He’ll never change. Fortunately for Desean his talent will keep him in this league. Fortunately for Karma fans everywhere Desean won’t finish this season after being de-cleated going across the middle in a few weeks. Stay tuned.

Moustache
Look what happens. We go and hype Chris Cooley’s blog and then he goes and posts a picture of his genitals on his site…”on accident.” Come on Cooley, fess up. I’ve posted pics of my balls on this site at least 5 times and pictures of Jericho’s mom countless other times. (Wow! We haven’t had a mom joke on here in ages. That felt good.)

Apple
Doesn’t it feel so forced whenever ESPN switches over to ESPN Deportes so we can hear how “them real life Mexicans hear the game”? (It‘s like the kid who has one black friend and then invites said friend out and makes sure to talk ghetto and do a lot of complicated handshakes with him in front of everyone.) The ESPN Deportes announcer finishes his call and there’s an awkward silence and Tony Kornheiser laughs and says “We have a few of those that tend to our lawn. I just want them to fix me a lemonade!” (Insert old guy laughs here.) I don’t get it.

Moustache
Does anyone else get Palladium on TV? It is possibly the greatest channel in the history of the world. It’s all live music all the time. Sure, right now some bitch group is covering Simon and Garfunkel but that’s not the point. Give me a sports page, a soy latte and a hooded sweatshirt and put palladium on and call it a night. Wait, scratch that. Make it the new GQ, a drip coffee with a dash of cream and some 5-inch heels squishing my balls until they turn blue. Now put Palladium on. Voila. Heaven.

Apple
In case you couldn’t tell, the picture above is of Patch. Yes, the world famous Patch. His haircut has taken a turn for the better so we thought we’d show him to the world. It dawned on me we only showed his picture one time previously and that was months ago. As you can see, Patch has gained some weight and now lives the life of a suburban housewife minus the minivan and the Chardonnay. He loves Regis and Kelly and shushes everyone in the room when Dr. Phil comes on TV. On another note we’re thinking of dressing him as Che Guevara for Halloween and referring to him as El Comandante. This is one dog who could lead a revolution. This much I know.

Moustache
I can’t stop listening to this song…I also caved on my own rules by listening to some of the new TV on the Radio album before it’s come out (next Tuesday!). Three words to describe what I heard after previewing the songs Friday night; experimental, frantic and spiritual. God Bless TVOTR. And no, the link above is not from the new album. It’s actually from their first album. An unreleased record called OK Calculator.

Email ThisBlogThis!Share to TwitterShare to FacebookShare to Pinterest
Labels: yes i lost all of my sports bets this weekend but i got a good feeling about NYG at home giving 13 against Cincy this week

Megan Fox had the hots for "Nikita"

No rubber, spit on it, hand around his throat, fucked.

I now am clear why you believe this dog is a combination of the best of Lassie, Scoobie Doo and the dog on Frasier but with one big brown eye.