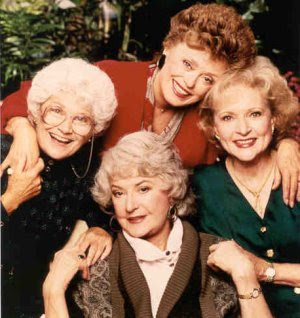 Today is a tough day for me. Seven weeks into the NFL season and all of my fantasy teams are on life support. I have 3 teams to be exact and all 3 have losing records.

Allow me to present the evidence:

League: High School Friends
Current Record: 2-5
Teams in league: 10
Best Draft Pick: Kellen Winslow
Worst Draft Pick: Drew Brees
Chance of making the playoffs: 15 to 1
Synopsis: This team, like most on draft day, had so much potential. I had the opportunity to take the 2nd QB off the board at the end of the third round. I chose Brees over Brady, a fatal mistake. I also got stung real bad with the injury bug. My starting WRs for week 1 were Anquan Boldin, Santana Moss and Deion Branch. Today, I rely on Kevin Curtis, Ronald Curry and Reggie Williams. It’s like if Heidi, LC and Audrina were replaced with Betty White, Bea Arthur and Estelle Getty after the first few episodes. Not very pretty is it?

Side note: I’m about to accept a blockbuster 8 player trade tomorrow morning. I’m dumping Boldin, Selvin Young, Willis McGahee and Curtis for Palmer, Chambers, Barber and Dwayne Bowe. It sure sounds good. But is it too little too late? Stay tuned.

League: College Friends
Current Record: 3-4
Teams in league: 12
Best Draft Pick: Adrian Peterson (6th round)
Worst Draft Pick: Vince Young and Alex Smith (sweet)
Chance of making the playoffs: 10 to 1
Synopsis: I still feel ok about this team I’m just not getting any breaks. Winning a fantasy season means getting ALL of the breaks. Good match-ups, dodging injuries and pillaging the waiver wire. Nothing has gone my way. I made a good trade mid season for Tony Romo and then he proceeded to throw 5 picks in a game. This week? I was playing Sir Wins-a-lot, an 0-6 team that decided to start the Seahawks defense. Thirty-five points later he got his first win and I’m below .500. More like Sir-Crushing-Me.

League: Family league
Current Record: 0-7 (I’m serious)
Teams in league: 10
Best Draft Pick: N/A
Worst Draft Pick: Everyone (basically reference the all-nut sack team…it looked something like that)
Chance of making the playoffs: 100 to 1
Synopsis: I am mortified. For a league I won easily two years in a row I have plummeted to the cellar. This is beyond embarrassing. I have made 27 transactions in this league. The next closest team has made 6. Nobody came through. I started Kenny Watson for 2 weeks in a row and then benched him and his 3tds this week. Go figure. If I don’t win at least 1 game this season I will get a tattoo of Drew Brees’ mole on my face in the same spot as his.

I say trade Kevin Curtis, Ronald Curry and Reggie Williams for Tom Brady, Randy Moss and Larry Johnson. (Just like on the radio call-in shows where some idiot says the Giants should trade Ray Durham and Pedro Feliz for A-Rod, Josh Beckett and a weekend with Jessica Biel. No problem.)