A guy’s perspective on… 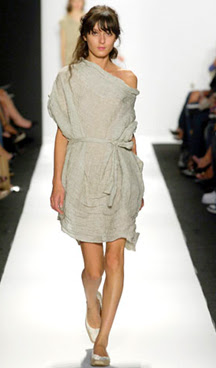 Period commercials.
I saw one last night which showed a maxi-pad balancing on a mechanical bull. What? I mean I’m not a chick or anything but is the ability to simulate bull riding while on your period a factor in the decision making process? Cause if it is, then modern technology has the answer for you.


Dresses that girls wear for girls.
Guys, try to follow me here. This is bizarre, truly bizarre. Girls go shopping for dresses with the intention of impressing guys, but ultimately they only attract other girls. Instead of finding the sexiest, hottest, tightest, most revealing dress…they search for something that is baggy, flowy and just plain weird. Pay attention the next time you go out. There will be a good portion of girls wearing dresses that make them look like an Olsen twin. This is popular fashion these days. Dresses that guys would never find attractive. Now don’t get me wrong ladies, I think these dresses are fun. I guess what confuses me is the overall goal of the evening. Am I wrong to assume that one of the key pieces of the ‘let’s go out and meet guys’ puzzle is the outfit? I’m a guy. I’d much rather see some cleavage and some skin then a burlap sack with some shiny buttons on it. Just saying.


Britney Spears.
Totally trashy, socially inept, yet still kinda hot. There, I said it. Every one of you guys is thinking the same thing. Sure she’s gotten a little rough around the edges, she probably smells like hamster food and she’s built like Danny Devito…but she’s still Britney Spears. You’d totally hook up with her if you had the chance. I stand by my proclamation that if Britney Spears was in Playboy it would be the best selling issue of all time. Indeed we’ve gotten unintended sneak peeks, but imagine if we could photoshop those moments, drape them in a soft focus and put her back in that ‘Hit me baby one more time’ motif. Now who can argue with that?
Posted by Magglio at 4:25 PM

Email ThisBlogThis!Share to TwitterShare to FacebookShare to Pinterest
Labels: a guys perspective