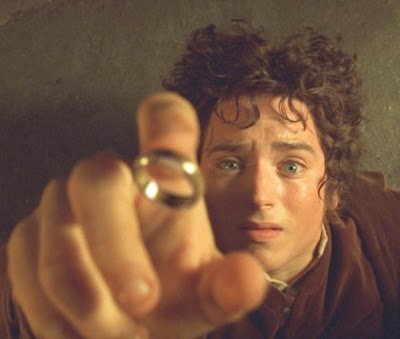 Could there be a stranger year in fantasy football? The NFL is usually rife with parody while fantasy statistics remain consistent. Not this year. Not even close. One of my teams is 0-6 behind a team that drafted Michael Vick, Rex Grossman and Nehemiah Broughton. I’m serious. Another team counts on James Jones, Kevin Curtis and Ronald Curry as the starting WRs. This is getting ugly.

And with that, I’d like to bring you this season’s first All Nut-Sack rankings. The All Nut-Sack team ranks the top 10 biggest failures in Fantasy Football to date.

The All-Nut Sack Team (through week 6)

Drew Brees – QB
Drew Deez is easily having one of the biggest letdown seasons in recent memory. This is Kevan Barlow big. This is Kordell Stewart big (on the Steelers, not the Ravens). This is Curtis Enis big. In his last preseason game, Brees threw for 5 tds…raise your hand if you chose Brees over Brady this season. Yep. What did we learn here? Never trust a millionaire with a mole. Am I wrong?

Lee Evans – WR
Where to begin? This was going to be the year Evans became a fantasy stud. Six weeks into the season and Evans has mustered 12 lousy catches. What’s that you say? He’s playing with a back-up QB? Not an excuse, just ask Steve Smith. Evans reminds me of Elijah Wood. Small, timid and frightened when given great expectations. (Ok, that will be the first and last time I try to make a Lord of the Rings reference. Truth be told I saw half of the movie and had to walk out. It was creepy and boring and confusing. And worst of all, if that ring held so much power than why was Elijah Wood such a pussy when he had it in his control? He could’ve at least made a ruckus. That movie still pisses me off.)

Laurence Maroney – RB
Rub some dirt on it for Christ’s sake. I’m sorry you have an owie Larry but this is football, shit happens. Maroney held so much promise the past few seasons and has yet to materialize. I formally apologize to my friend Derick for ridiculing his draft pick of Sammy Morris, Maroney’s back up in New England. Morris may finish in the top 5 scoring running backs when it’s all said and done.

Santana Moss, Anquan Boldin, Calvin Johnson, Hines Ward, Marvin Harrison
Injuries took down these big names. This season may go down as one of the most injury riddled seasons in history. Is anybody staying healthy?

Marcus Coston – WR
See #1 for explanation. (It’s important also to note that while Drew Brees is mainly responsible for the collapse in New Orleans, the loss of Joe Horn could be the x-factor here. Horn brought leadership, credibility and street smarts to New Orleans. He kept that team grounded, motivated and playing with a purpose. Without Horn, Colston is left to figure it out himself (and fight double teams), and the Saints are left with a bunch of teammates still watching their Sports Illustrated 2006 NFC Champs commemorative DVD. Still available for a limited time.)

Shaun Alexander – RB
We saw this one coming. Alexander made his money and is riding out his contract. It’s sad when players lose their passion for the game after they get paid. Watching him this year is like watching a ballerina dance to avoid big hits…except this ballerina has a gap in her teeth, is a devout Christian and is scared of physical contact. I guess most ballerina’s are scared of physical contact. Whatever. You get my point.

Vincent Jackson – WR
A ton of hype and no results. Remember Matthew Hatchette? Exactly. He was a trendy pick a few years back. He was going to be Pennington’s ‘go-to-guy’. Fact: the most catches Hatchette had in a season was 16. Ouch.

Alex Smith - QB
Listen Alex, I didn’t want to put you on this list but I had to. I’m not mad at you I just need to see something more from you. Something that makes me feel good about trusting you with our sacred franchise. So make me proud Alex Smith. We still believe in you.
Posted by Magglio at 10:21 AM

Email ThisBlogThis!Share to TwitterShare to FacebookShare to Pinterest
Labels: Fantasy, football, the law

The list is good but you are missing two major players who are overhyped and suck this season.

Larry Johnson is having an awful year. Through 5 games his stats were: 275 yards on 84 carries(3.3 ypc)and 0 touchdowns.

Reggie Bush also sucks ass. Through 5 games his stats are: 244 yards on 69 carries(3.5 ypc) and 3 touchdowns. This wouldn't be that bad except he was the second most hyped running back coming into the season (LT is #1). Why is everyone on his nuts when he hasn't done shit in the pros!

The writing was on the wall for LJ. I'm leaving him off of the list for 3 reasons:

1) Everyone knew coming into the season that he'd be running behind a depleted line.

2) Hard Knocks on HBO was a sneak peek into how bad this team actually was going to be.

3) Last week he had a very LJ like 119 and 1 TD. It seems like they're starting to put things back together.

As for Bush - I think you're right. A lot of hype for minimal output. But remember, you're not drafting Bush for a yards per carry. You're drafting him for the screen pass that breaks for 80 yards. A la Jerious Norwood...but with more touches. It sure would be nice to see Bush actually deliver on some of those though...agreed.

Remember when Nahl thought he had the steal of the draft when Shaun Alexander fell to him? That was funny.

L.J., L.T. and Reggie Bush are all late bloomers this year.

Your comment about Joe Horn blew my mind. If he was the reason the Saints were good last year, how come it's not helping the Falcons? And why did Tray drop him?

I don't blame Alex Smith. I blame that POSOL we have. Can they block anyone?

PPS= Nobody should ever waste a first round pick on a rookie QB.