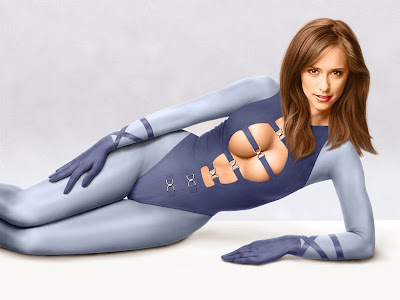 
The new espn.com layout
Talk about a fuck you on the first day back in the office. ESPN.com ruined a lot of good people’s Monday morning by retooling their homepage. I didn’t know what to do with myself this morning. It’s worse then the time Giants fans were cock teased about Vlad Guerrero only to see him sign with Anaheim. Come to think of it that was the last serious ‘big bat’ rumor to hit the Giants over the past 7 seasons. I’m not buying any of this Manny to the Giants talks. Manny wants 4 guaranteed years at least which we cannot afford. Plus, just wait till he gets those 4 years. He’s gonna beef up like Andruw Jones, quit playing defense like Andruw Jones and his average will plummet like guess who? …yep, that’s right, Andruw Jones.

Rock of love tour bus
Truth be told, I turned on this show with about 30 minutes left so I missed most of the introductions….but rest assured this has been added to the series recordings list. Wow. Where to begin? Has Bret Michaels signed a deal with the devil? Or is he just the luckiest guy on the face of the earth? I mean really, how in the world did he pull this off? “Listen Bret, we have an idea for a show. We’re going to get 25 slutty, morally flexible women who worship the ground you walk on to pine after you for weeks on end. You can do anything you want with them whenever you want. We’ll even edit it all to make you look like an upstanding citizen when their behavior turns unsuitable for TV. What’s the catch? There is none. Seriously. Just wear lots of makeup. And get some more face work done. And always wear a bandana.” My favorite part is when he references being “on the road.” What the fuck? Since when in the last 15 years has Bret Michales been “on the road?” I think he was in SF for 10 minutes last year when he played at the Red Devil Lounge (capacity 300 people). Granted that’s more people than read this blog, but I’ve never banged Pam Anderson. At least not in the biblical sense.

The Baltimore Ravens
Damn it. When I grow up I want to be the Baltimore Ravens. This team is so ridiculous. They have the same identical make-up of the team that won the 2001 Super Bowl; a lights out defense and a strong running game. Except this time they brought along a strong armed quarterback. I don’t care if he’s a rookie, just like when Trent Dilfer was there, they just need Joe Flacco to not make any mistakes. The Ravens play for field position and are down right disruptive on defense. My man crush on the Ravens is currently on par with my man crush on Ryan Reynolds. If the Ravens happen to beat Tennessee this weekend (they’re getting 3 points?! WTF?!) then it would swell to David Beckham man crush status. No, I know. I like them that much. 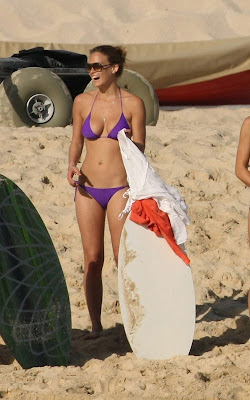 New pictures of Bar Rafeli in a bikni:
Brilliant.

Pete Carroll
Hats off to Pete Carroll, the baddest motherfucker in college football. USC put a whooping on Penn State and made a solid claim on the Number 1 ranking. What I appreciate most is his honest, confident and cocksure responses to questions about how good USC actually is. “Nobody in the country could beat us,” Carroll said as he hoisted the Rose Bowl trophy in the air. I totally agree. Fuck you Oklahoma/Florida/Utah. On a side note Steve Sarkisian called a helluva game didn’t he? I speak for the whole Northwest when I say I can’t wait to get him decked out in Purple and storming around the Husky sidelines. On a second side note, how sick is Taylor Mays going to look in a 49ers jersey? That’s the badass free safety we’re missing. I’m ok passing on Crabtree if it means we can get Mays. I also think we should get Mark Sanchez in the 2nd round and let him develop for a year while Shaun Hill leads us to the Wild Card berth. Then, we take the Super Bowl in 2011. Holla.

The blueberries I’m eating right now:
Disgustingly mushy. Nothing worse then disgustingly mushy blueberries. Man, fuck these. What’s that? Fuck you. Of course I’d rather be eating Frito’s but did you read my resolutions for 2009? I’ve got goals asshole. Mush, mush, mush.


*Brad Pitt is rocking the gayest little moustache, but don’t worry he doesn’t get to nail Angelina as often as he’d like you to believe. She’s busy saving the world you really think she’s still playing dress up games for him?


*Amy Winehouse slipping a nip and scratching her nuts, check it out. Hey Amy, skinny heroin addict is way sexier than flabby booze hound. Get your addictions straightened out please!


*For all of you who scoffed at my ranking of Lindsay Lohan on my top 10 list, check this out. Happy New Year indeed!

Email ThisBlogThis!Share to TwitterShare to FacebookShare to Pinterest
Labels: lets tease it up KK

you speak wisdom my good man