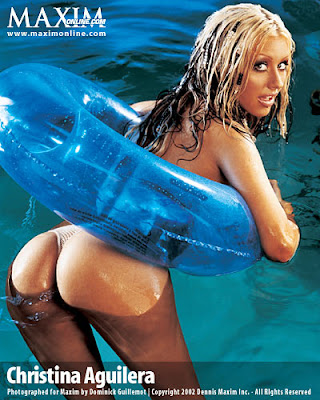 Four thoughts on The Voice:

1) Adam Levine is definitely going to have an STD named after him someday. "I can barely sit down; I think that waitress from the party gave me Adam Levine." The guy is destined to be the Lou Gehrig of pubic rashes.


2) Cee Lo scares the fuck out of me. Doesn't it feel like there are two kinds of weirdos in Hollywood: the purposefully weird and the weird as fuck. Lady Gaga feels purposefully weird to me, I bet she drinks a lot of tea and watches a lot of old movies in her jammies. Same with David Bowie, Russell Brand and Prince. These people are weird, don't get me wrong, but their images are calculated extensions of their weirdness. On the other hand, people like Jon Voight, Bjork and Mickey Rourke are weird as fuck. Cee Lo humps Muppets. He uses albino alligator blood as face lotion. He still uses the phone book. If I ever saw Cee Lo walking towards me, I'd be knocking bitches over to get the fuck out of there.


3) Here's a sentence that looks completely, comically wrong but is absolutely true: between 1999 and 2001, Carson Daly could've fucked any 16-24 year old on the planet. Boy or girl. That's insane isn't it? The Carson Daly "TRL pussy/butthole run" (great fantasy football team name) has no comparison or precedent for one simple reason: he's completely talentless. Burt Reynolds in the late 70s, Eddie Murphy in the early 80s, Kevin Costner in the late 80s, Johnny Depp in the mid-90s, Derek Jeter in the early 00s and the current Justin Timberlake runs are amazing, but they are explainable, those guys are awesome. Carson Daly introduced music videos and he was the undisputed butthole/pussy champ for three straight years? I don't think we'll ever see a run like that again. Remember when Magic Johnson said "we'll see five more Michael Jordans before we see another Larry Bird?" We won't see another Carson run in our lifetime.


4) The gossip rags and celebrity sites have been destroying Xtina and rightfully so, she's so bloated that she could be used as floatation device in the case of a water landing. However, let's not forget two things: a) she's never been more attainable. The Xtina from that Maxim photo shoot with the inter tube was the Hope Diamond; you better enjoy the picture because you're not getting within 1,000 miles of the real thing. Modern day Xtina? For three Xanax, four Vicodin and a plate of chili fries you could take a dump on her face. Isn't that what it's all about? And b) if I'm Xtina's management, I take away her plate of 12 sausages and replace it with a plate of 27 sausages. Her destiny has always been to be the white Aretha, so let's keep this gravy train rolling. Literally. More gravy for that fat bitch. I've never understood why girls like Xtina, Kelly Clarkson and Adele, after her upcoming bulimia/anorexia/coke-fueled flame out, try and wiggle around and be Britney. Britney has to wiggle around and be Britney, the bitch can't sing worth a fucking shit. She sounds like an auto tuned fart. Take it to the house, XLtina! Fuck the genie, Xtina should be trying to get more barbecue sauce out of that bottle. Sit your big ass down on a big fucking chair and sing your fat fucking nuts off.