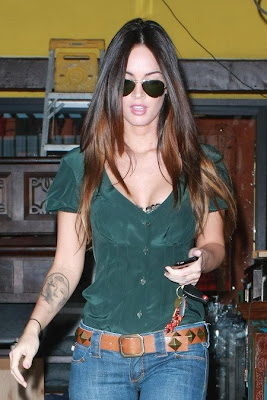 Thumbs up: The Niners passing on Kurt Warner

That wrinkled pussy has about half a season left in his arm before it craps out. Plus, in Arizona he had two of the best receivers in the game to throw to. If he would’ve gone to San Francisco he would’ve been asked to hand off 7 out of 10 times and then thrown the ball to Arnaz Battle. Nothing against Battle but he’s no Anquan or Fitz. It was a blessing when Warner didn’t sign with the Niners. I don’t even have to make a Brenda Warner lesbian joke here or anything.


Thumbs down: The Dodgers signing Manny

You know my thoughts on this one. What makes it worse is I’m in LA this week so I have to put up with the bullshit on a local level. What’s worse is my addiction to the sports page just further adds insult to injury. It’s like having Polaroid’s of your wife blowing another dude and continuing to look at them over and over again. Secretly somewhere Russell Martin is praying that he gets to blow Manny someday. Gross.

For all the shit I flip LA there is one truth of the matter. The weather is second to none. I’m sitting here reading about massive storms in the east coast and then deciding if I should roll up my sleeves before I go outside or wait until I start walking. Yeah. I’m walking to where I need to be today. That’s how nice I am. Well, truth be told, I’m keeping my eyes out for Lindsay Lohan. Walking makes me a lot more available for viewing.

It’s definitely not as cool as it should be. Even when you’re in a swanky hotel in the heart of Beverly Hills with a corporate expense account at your disposal. Nope, not that cool. The luster of business travel wears off about as quickly as Kevin Federline gains weight. It’s the little things, like the delay on the TV when you press the power button. In hotels there’s always a delay. And the shower curtain always tries to touch you while you’re showering. What’s that all about? I don’t want some mildew and jizz invested piece of cheap plastic rubbing my bare bottom when I’m showering. I’m ready to come home now.


Thumbs up: The two week trip I’m about to leave for

Yes. In two days I am flying to Argentina for the next two weeks. I think more than anything I’m looking forward to unplugging from everyday life, checking email, being connected, reading feminine blogs. I’ve never been to Argentina let alone South America. This should be an adventure.


Thumbs down: The blog running unsupervised

Hold on to your hats kids. When Magglio is away the kids will play. I will leave the blog in Jericho’s “trusting” hands over the next 2 weeks. I will also be publishing his full address and phone number on the day I leave so that if for some reason he disappears for more than a few days you all can hound him to post something. Power to the people.

Huge bummer about Manny. Also, I really hope you're not still doing the Skinny Bitch thing, because Argentina has some damn fine red meat! Damn fine people to look at too, while you're tearing into your seared cow flesh. Good times.