Do I really have to do this? 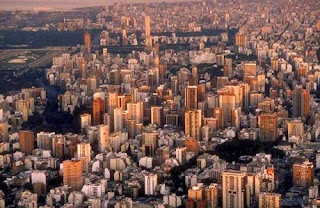 Do I really have to sign in from vacation and post to the blog? Is Jericho that much of an ass twat that he can’t post anything himself? This is unbelievable. This is inconceivable. This is intolerable. I want a divorce. My man crush is over. I don’t care how good he looks in the shower or how much better he’s looked since I got night vision on my telescope. He’s a full-scale pop tart ass munch. So don’t worry, faithful readers, the sheriff is back, albeit from a sketchy Internet café in Argentina. Here’s a few things I’ve learned so far that I wanted to share:

Sarongs
Sarongs are surprisingly comfortable, totally convenient and not nearly as gay as they seem. It’s kind of like combining your shorts and towel into one perfect fashion accessory. I was a little hesitant at first, but hey, if Beckham does it; it can’t be that gay, right? Besides, going to a beach in Buenos Aires and not wearing a Sarong would be like going to Japan and not eating Sushi, going to Rome and not having pasta, or going to New York and not soliciting sex from a guy in a Central Park bathroom. I give sarongs a 10 out of 10. Whether or not this will work in the States is yet to be seen, but I’m definitely giving it a shot.

Culo de comer
This is a traditional course in Uruguay, which translates roughly as “ass eating.” Apparently the tradition dates back to olden times – when rich land owners would put food in their butts as a way to show their great wealth – as if to say, “look at me, I’m so rich and so full I have no where else to put my food, so up my butt it goes.” In a way, eating in Uruguay is somewhat akin to eating in Paris or Italy in that there are always 6-7 small courses, the only difference being that the last course is supposed to be shoved up your nar nar. Now, it’s not like you’re shoving a whole fish up your butt or anything, nor is it something dry you have to force up there, the culo de comer course is always small and slippery like a date soaked in olive oil or a slice of fresh grapefruit. Granted this took some getting used to, but most foreign customs are, and turning it down is highly offensive to your hosts – like biting your noodles in Japan or not burping after a large meal in France. I’ve really dug the culo de comer thing and I’m thinking that I may shove the peanuts up my ass on the flight home as a way to say my final goodbye to this glorious country.

The word "glorious"
This is a total vacation word, isn’t it? I don’t think it’s possible to use the word glorious in everyday life – unless Jack White, Tim Lincecum or Ryan Phillipe are prominently involved of course. I’ve been trying to say the world glorious at least ten times a day to remind myself to appreciate each moment. If my brain ever drifts to work or to real life I just say “glorious” and I’m right back in it. “This sunset is glorious.” “These Cosmopolitans are glorious.” “My cumo de comer just dripped onto the back of my sarong – how glorious.”

Snorkeling in the bathtub
Yes, I felt like a retarded Ferris Buehler the first time I did this, but hear me out. We moved to an apartment with an enormous bathtub about a year ago, which I’ve subsequently ignored the way Jack Black ignores his treadmill or Pam Anderson ignores the burning feeling in her bang bang. I just don’t get baths – the water gets cold and splashes everywhere and I can never figure out how much of my body to have in and out of the tub. Anyway, I had a total revelation on this trip. I brought a snorkel into the tub with me and voila! Now I can be submerged and still breathe and even swim around a bit. You can even make noises and battleship sounds. Brrrrooom. Lowering periscope. Lowering periscope. I love this so much. I may never leave the tub again.

The Tango
Here’s a little secret that you don’t know about me. I can dance. And not like white-guy dancing, which is basically just being able to move in line with the rhythm – no, I can really fucking dance. You’ve heard of Fred Astaire? Gene Kelly? Justin Timberlake? Concrete fucking shoes compared to what I’m putting out there. I took tap, ballroom and Coont lessons as a kid, and that shit was on full display in Buenos Aires. I moved so well that our dance instructor Ricardo Cobos asked if he could touch my penis, which is apparently the ultimate sign of respect in the Argentinean tango community.

(Side note, you know how you wait 45 minute to swim after eating? Well, the rule of thumb is to wait 2 hours after the culo de comer before dancing. I found this out the hard way, as did the 25 people in our class. I was spraying chorizo around the room like a piñata at a corpophiliac's birthday party.)


Anyway, those are just the observations that came to my head; I’ll have lots more to report on when I’m back in the States. Hopefully Jericho can step away from his ass-licking job to get a post up and keep this going. And yes, I’m fully calling him out here. Until next time friends…

Good to have you back Mags!! I was starting to get depressed without you.

Jeri,
I love you. Publish or perish.

I think you staged this whole thing. Just because you take off to afghanastan or some shit and have to remotely blog doesn't make you a savior. In fact, fuck you. You should have let Jeri sit on it and deal with the bleading.

So how long to you have to wait now between eating and taking a bath?

Did you see Jack White has a new band?