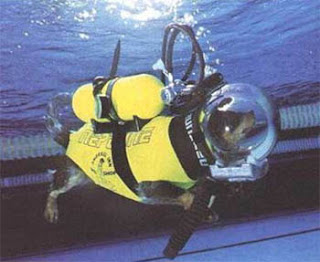 You know the old joke where the guy is looking at Rorschach diagrams and thinks that everything looks like a sexual position? His doctor tells him that be may be obsessed with sex and he replies with, “Me? You’re the one showing all the dirty pictures!”

I think there’s more truth to that than anyone really wants to admit. I don’t think I’m alone here when I say that almost everything in life sounds like a sexual position.

I mean, couldn’t you use any of those to finish this sentence, “that bitch was a freak, I took her home and gave her a X.”

To me though, the two groups of lingo that seem to be interchangeable with sexual positions are dog breeds and golf talk. So let’s play a little game, I’ll list a few terms below, and you decide which group it belongs to.

So, I’m teeing up on eight and I notice my shaft is broken. I walk over to the clubhouse to get it fixed and this cute little girl in the clubhouse offers to clean my balls and then gave me a rusty trombone.

Man, this girl was such a slut. She’s grabbing my German Sheep Hound under the table, takes me in the back and gives me a Portuguese Water Dog in the fucking bathroom!

So, I asked my girlfriend to rake my sand trap last night, that doesn’t make me gay does it?

Would your rather give Rosie O’Donnell a Norwegian Spitz for 15 minutes or Chow Chow on Clive Owen’s St. Bernard until he Akitas on your Golden?

Megan Fox could eat $50 worth of Taco Bell and then get on a treadmill for 2 hours and I’d still give her a chili dip.

It started off really well; I mounted her for a Cincinnati Bow Tie, flipped her over and gave her the Tony Danza. So I’m yelling “Who’s the boss?! Who’s the boss?!” and she’s loving it – but when it was time for the Slimy Dragon I tried to maneuver into a Houdini, but completely missed and gave her an Angry Pirate. Oh well, can’t win ‘em all.
Posted by Casey Lewis at 9:02 AM

How about the time you had a snap hook on hole 2 with 3 of your best buddies watching?