No market for TO? Really? 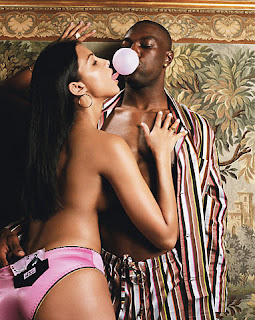 "I don't think there's a big market for him," says ESPN analyst Trent Dilfer. "It's going to take a coach with a big ego who feels he can handle any personality."

"Is he looking for $10 million, $5 million or $1.5 million?" Keyshawn Johnson asked. "If he thinks he's going to make high-end money, it isn't going to happen. He strikes me as a guy where it would hurt his pride to take less than he thinks he's worth.So there are a lot of factors."

"He's been one of the great receivers for 10 years, but he just isn't as good as he once was," Dilfer said. "He's not worthy of his salary as a No. 1 receiver."

Said Johnson, "If he didn't see this coming, then shame on him. This is the reality of life in the NFL. At some point, everybody's going to get cut."

I'm not here to argue that TO isn't a malcontent, a stubborn 13 yr old boy in a 34 yr old-freak-of-nature's body, difficult to coach, difficult to play with and all those things. But you're fucking kidding yourself if you don't think that some team isn't going to jump at the chance to add him to their offense (yes, that's a double negative, but I'm still smarter than Keyshawn).

(Side note: when a story has been speculated for weeks and then happens, reporters aren't allowed to use the word "shocking" - if the Pats cut Brady that would be "shocking" - this is not shocking.)

I just did a quick run down of last year's standings, by my count there are 14 teams that lack a true #1 receiver and would fucking salivate at the chance to add TO.

In no particular order: (team and who they trot out on Sundays as their "#1")

DET: Mike Furrey - no, I don't even have a joke here

TB: Michael wait, I got an extension? I suck! Clayton

STL: Torry I was good before electricity Holt

BAL: Derrick it doesn't matter how many articles Peter King writes about me being underrated I'm still not scaring anyone Mason

TENN: Um, Brandon not even the ball boy trusts me Jones?

OAK: Javon have they framed me for murder yet Walker

(BTW, the list above doesn't include PHI and MIN, both teams desperate for a #1, but too much history with TO to go near - adding them brings the list to 16)

Say what you will about TO, if you don't think someone is signing him at 2 years for $15 - you're a goddamn moron.At first glance, BAL seems to make the most sense, doesn't it? They add a vertical element to their O, have Ray Ray to keep him in line and with TO, Ray and Ed Reed could potentially trot out the greatest "miked up" segment in history.

I'd go out on a limb and say Detroit's #1 is Calvin Johnson and as sad as they are, he's pretty legit.

Mark it zero. He is an anti-championship. He's fun to watch but probably not that fun to be around...A Christian Bale of the NFL, if you will. And you will.

I can only hope that someone like the Raiders or Ravens pick him up. He's not a Baltimore kind of guy, I know Bisciotti and he's not a fan of TO type guys. He'd rather have Mason and some hard working over achivers than a malcontent prima donna with a me first attitude.

Part of me wants him in Baltimore so I can watch him cry two or three times a season when the Steeler defense frustrates him to the point of peeing his pants. His hissy fit tantrums are so fun to watch! Then again, I don't want any of his talent (acknowledged) on a division rival's team, so... Fuck that. Maybe he's better off in Raider Nation -- those toolbags would likely embrace his nonsense.

Can we all collectively stop saying "Raider Nation" - it's deader than dead. The Raiders have no identity, no vision, no plan, no hope. The concept of Raider Nation died when Gruden left and is never coming back. Thanks.