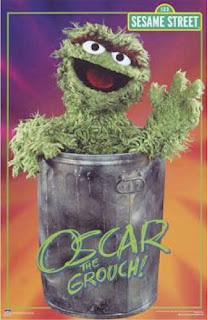 Atonement, No Country For Old Men and Charlie Wilson’s War are absolute shoo-ins, the other two spots are tougher to predict. The Academy loves to nominate one “little film that could” and Juno definitely fits that profile (although I’m secretly pulling for Once, it’s fucking fantastic, see this immediately. Seriously) and also one “I know this is a good film but I don’t really understand it so I’m going to just assume that it’s really, really good and nominate it” film, and There Will Be Blood fits that bill perfectly.

My favorite that won’t make it: Once, Gone Baby Gone

In the old days, the best pic noms and the director noms always matched, this has shifted the last few years and now usually features:
3-4 directors of best pic noms (Wright who is the real deal, The Coens who everyone loves and PTA, the wunderkind who comes back firing after a few quiet years)
1 extremely talented director who made a great film that not everybody liked (Burton)
1 Academy favorite (enter Sean Penn, plus the Academy loves actors who direct)

My favorite that won’t make it: (Marc Forster, The Kite Runner, my favorite director right now so I’m biased)

Some big, big names and a hot-shot newcomer head this list. It’s gotten to the point now that as soon as Daniel Day-Lewis says, “Yes, I’ll do that” he’s instantly nominated. He’s that good and picks projects that well. (My favorite Day-Lewis story, did you know that it took Leo and Scorsese months to even find him when they wanted him to be in “Gangs of New York?” Apparently, he had retired from acting all together and was living in a tiny town on the coast of Ireland making shoes. Isn’t that amazing?) Hanks is back in his first Oscar-worthy role in a while so definitely count him in. Oscar stalwarts Clooney and Denzel are in big, showy roles that the Academy loves, and McAvoy announced himself in a big way with Atonement. Crowded category, Hanks, Clooney, Denzel and Day-Lewis have 6 Oscars between them, get ready for a dearth of “the most Oscars ever in a group of nominees!” stories.

Kiera Knightley in a period piece = nomination. Julie Christie is an Oscar stalwart that hasn’t been heard from in a few years, the Academy loves that. Everyone will love Juno and rave about the “amazing cast,” Page will ride that wave to her first nomination. Linney is an industry favorite who’s never won and Cotillard got rave reviews playing a drug addicted singer, which next to slaves and retards always = nominations.

My favorite that won’t make it: Katherine Heigl, Knocked Up

First three are easy to predict, lots of buzz around their roles, 2 Oscars and a bunch of nominations between the three already, count them in. The Academy will be torn on Casey, wanting to give him a best actor nom for Gone Baby Gone but not sure who to bump from the top five, they’ll give him this as a consolation. Not sure about the fifth spot, but my feeling is a lot of people wanted Wilkinson to win the best actor prize a few years back for “In the Bedroom” and will throw him this one to make up for it.

My favorite that won’t make it: Homayoun Ershadi, The Kite Runner

This is always the weirdest, most surprising and hardest to predict category. The first three are in stone, even though I hear Julia’s only in the movie for about 8 minutes, the second two are harder to predict, but I defy anyone to show me a better performance than Amy Ryan in Gone Baby Gone, she’s incredible.

My favorite that won’t make it: Kelly Macdonald, No Country For Old Men

I think the top four are definite, not sure about the last one, but the Academy will want to somehow honor one of the most original and successful (never underestimate Box Office success in the nomination process) movies of the year.

My favorite that won’t make it: Shooter (oh fuck off, this movie ruled! Any script that names its hero Bob Lee Swagger gets a nom in my book).

The only potential surprise would be American Gangster knocking Into the Wild off the list, other than that this list is set.

My favorite that won’t make it: Zodiac (remember this one?), Gone Baby Gone
Posted by Casey Lewis at 2:51 PM