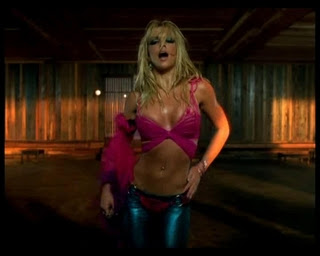 A conversation today between Magglio and Jericho at 1:24pm PST.

: Buddy, can I get a definitive ruling on something?

: Good I feel better about it. I feel the same way. But sometimes I see her and I’m not so sure.

Magglio: Sure, she might look like she hasn’t slept in days, has smoked a carton and just got the Denver Broncos to run the train on her...but she has a certain charm about her, I’d say.

: Yeah, charm like you want to drink a fifth of jack and fight fuck her

Magglio: We let that slide. Like Britney Spear's double chin. We remember the better times.

: Because she was so incredibly unattainable for so long. Now anyone could fuck her. That's why she's so hot.

Magglio: So really it's two levels of hotness. The unattainable and the totally available. Has that ever been done before?

: Drew Barrymore goes in and out

Magglio: But was she hot in both lights?

: Well Britney is at the end of each spectrum. During the slave for you video she was the most unattainable chick of all time. Now she's the most attainable. Everything is measured by her.

( sends the above photo)

: Jesus, remember the slave for you days. Shit.

Magglio: I still prefer the 'baby one more time days'.

: Because you're a sick fuck.

Magglio: Everyone likes a school girl outfit. Am I wrong?