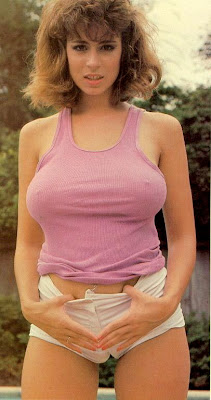 What have we been doing since we posted last? Here's a quick list.


*I’ve been working on my incest movie titled: In Significant Others


*I’ve been picking a name for my new indie band. I’ve got it down to two: Just Another Orifice and The Fat Ninjas.


*I've been watching Crazy Heart and think it's the best movie I’ve seen in a long, long time.


*I've been slowly turning on Steve Nash. Not really sure why or how, but I love rooting against him all of the sudden. Fuck Nash.


*I’ve been listening to The National’s High Violet so many times I thought my iPod was going to explode.


*I’ve been using the term “useful” whenever I see a girl with a good but not great ass. You know how the Scottish dude on CBS’ golf coverage will say “Useful. That’s a useful shot.” Same with an ass like that. It’s not epic, but it’s useful.


*I’ve been eating hardboiled egg whites and hiding the stinky yellow part in a co-workers office when she steps out for a few minutes.


*I’ve been locked up in a lesbian prison, dancing in my cell and waiting for Beyonce to bust me out. Oh wait, that’s Lady Gaga.


*I’ve been getting semis riding the train to work this morning. I call that 'bumpy morning train ride semi.’


*I’ve been trying to come up with a real-word analogy for this situation: I write a really good piece of content. My client decides to go in a different direction, rewrites the entire thing and fucks it up beyond recognition. It’s absolute whale shit. Is there an analogy for this? No. But this comes the closest. I go to a nice restaurant and order something I’ve never heard of because I want to try something new. Let’s say I order whale cock. So my whale cock comes (ahem), I take a bite and decide I like it but I want something else. So, rather than order something new, I walk into the kitchen unannounced and buttrape the chef. Not like a fun, “we’re pirates!” buttrape, but a full on, medieval colonoscopy. Once I’m done, I grab a piece of chicken, take a bite and say “that’s what whale cock is supposed to taste like!”