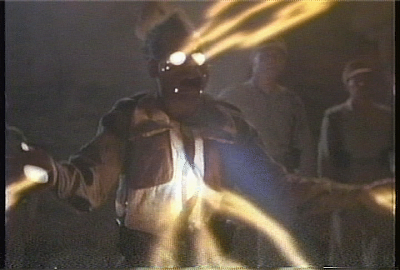 I hate to do this to you. I really do.

But if having a blog has taught me one thing it’s this: never suffer in silence. When something so atrocious happens, something that could literally end the world, it’s my duty to share my explicative-filled rant with the tens of you.

Are you ready? Are you sitting down? They’re remaking Karate Kid.

(Letting you take this in)

It gets worse. They’re remaking it as a kid’s movie, making Daniel-san 11 years old.

It gets worse. Jaden Smith, Will Smith’s son is playing the Daniel-san part.

I’m sorry, but you need to watch this. It hurts. It’s not fun. It might melt your eyeballs, but I need everyone to watch so you can share my pain and join my cause.

Terrible, huh? I sat in stunned silence for about 15 minutes after the clip ended. Since there are no possible words to describe it, here are a few fun facts about the production. Odds that the following happened:

- Chances that he gets to fuck the little Asian chick at the end: 89%.

I mean, if he didn’t get to touch little tiny Asian boobies why else would Jackie be involved?

- Chances that Ralph Macchio makes a cameo at some point in the movie: 95%

I’m thinking he’s the pilot and has a really bad line of recycled dialogue like “whoa, whoa, slow down, Son. First learn to stand, then you can learn to fly.”

- Chances that the first time they filmed that scene they had to cut when Daniel-san inexplicably turned to Jaden and said, “Your Dad is paying me in cash right? My concern is, uh, and I have to check with my accountant, that this might bump me into a higher tax bracket.” 7000%.

- Odds that “take the jacket off, put the jacket on” becomes part of the daily vernacular of every 10 yr old the same way that “wax on” or “sand the floor” did twenty years ago: -43%

Take your jacket off!? This guy’s not a sensei, he’s a fucking maître d'!!!

- Odds that this movie will kill anyone who watches it in full: 0. Yes, zero, Vegas wouldn't let us bet on this one. It's like taking odds that Lindsay Lohan will still be a virgin at 30.

What can we do about this? Should we get an online petition going or something? Thoughts?

I saw the trailer on IMDB earlier today and had a great IM convo with my brother about it.

What the hell were/are they thinking?